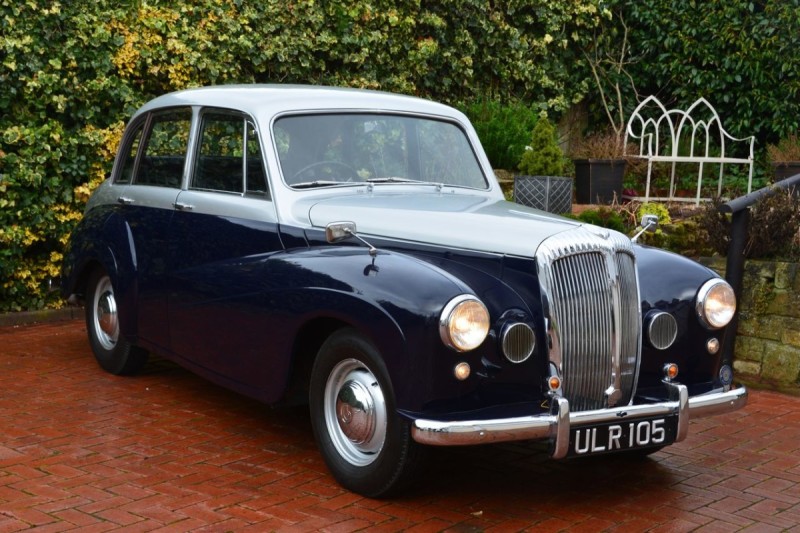 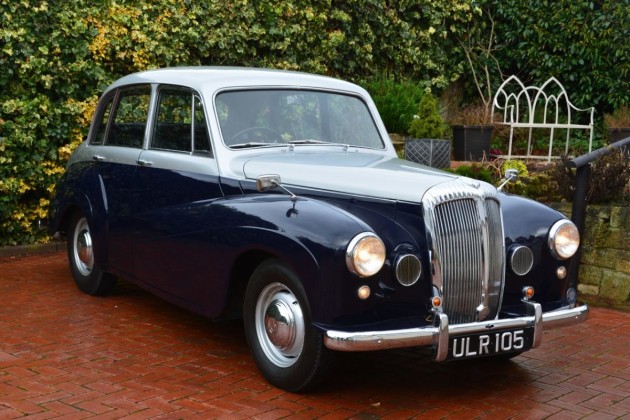 Launched in 1953 to replace the Consort, the upmarket Daimler Conquest was a slightly modified version of the Lanchester 14/Leda fitted with a six-cylinder, single carb 2,433cc engine that initially produced some 75bhp.

The Conquest came in three body styles, saloon, roadster or drophead coupe. All had luxurious, well-appointed traditional wood and leather interiors. In 1954 the engine was uprated to Century spec with an alloy head, big valves, higher compression, high lift cam and twin carbs which raised the output to a useful 100bhp with a 100mph top speed and a 0-60 time of around 16 seconds.

In 1955 an improved MkII version was offered with revised instruments, a rev counter, additonal air intake vents either side of the radiator and improved lighting. Always an expensive car, just 4,818 Century saloons were sold before production came to an end in 1958.

Dating from August 1957, this remarkably original fully automatic Century MkII is showing just 21,350 miles on the clock which is believed to be correct. The original buff logbook shows that it was first registered to a Mrs Annie Gould of Purley, Surrey, and we are told that it remained in the family until 1981, with just three owners since.

Mrs Gould’s grandson, who later inherited the car, vividly remembers going with his father to collect it from the Daimler factory in the summer of 1957, stating that it was always kept garaged and used on special occasions only, adding credence to the low indicated mileage.

Various invoices show upkeep over the years while a run of some 15 old MOTs back to 1984 confirm that it has only covered around 4,500 miles in the last 34 years. The beautifully preserved blue leather interior is nicely mellowed and the silver over blue coachwork is in lovely order following a repaint in the not-too-distant past. Starting promptly and running well as we moved it around for these photos, it comes with an original owner’s handbook, parts catalogue and service manual.

Only reluctantly for sale due to illness and consequent relocation, this lovely old Daimler must surely be one of the finest surviving examples and would sit well in any collection.