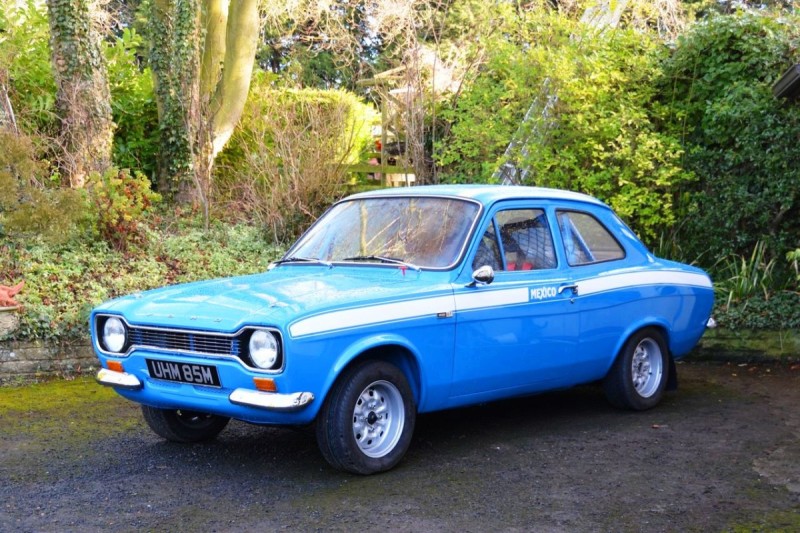 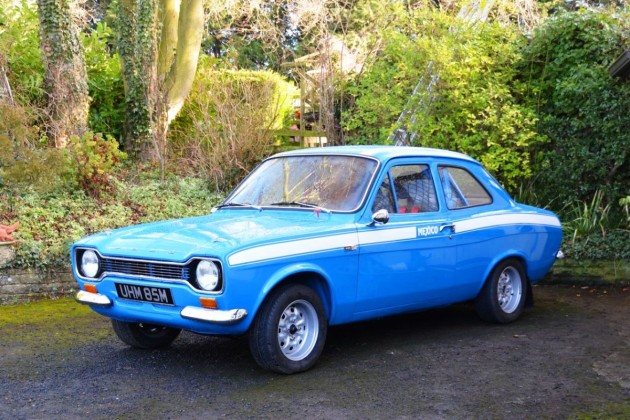 Launched at the end of 1967 as a replacement for the Anglia, the Ford Escort proved an instant success and was to become one of Britain's best-loved cars with its subtle Detroit-inspired 'Coke bottle' waistline and distinctive 'dog-bone' front grille.

Initially available only as a two-door saloon with either a 1.1 or 1.3-litre Kent Crossflow engine, it had conventional rear-wheel drive and a four-speed manual gearbox. The suspension consisted of a simple live axle mounted on leaf springs, with precise rack-and-pinion steering. Most were very basic inside but a top of the range model was introduced in 1973, the 1300E, which had a few ‘Executive’ trimmings.

However, what really earned the Mk1 Escort its place in the motoring hall of fame was its phenomenal success as a rally car. In highly tuned RS1600 and Twin Cam guise, the Escorts produced by Ford's AVO Dividion (Advanced Vehicle Operations) eventually became the most successful rally cars of all time and the Ford works team was practically unbeatable in the late '60s and early '70s. Even today Escorts are still popular in the amateur and historic rally scene and can still humble far more modern machinery, as Colin McRae repeatedly showed us in his highly modified Mk2 before his untimely demise.

In 1973 Ford's AVO factory also produced the RS2000 model as a more 'civilised' alternative to the hardcore RS1600 featuring the same strengthened Type 49 body shell but with a 2-litre Pinto OHC engine. This also clocked up many rally and racing victories and pre-empted the hot hatch market as a desirable but affordable performance road car.

Dating from January 1974, this once humble Escort MkI 1300 two-door has been transformed by the previous owner in Finland into the rally weapon you see today. Built from an excellent and near rust-free Type 49 body shell, it has all steel body panels with flared front wings and Mexico decals. The fit and finish of the panels are excellent and the underbody has been finished in body colour and well detailed.

Brought to the UK last year and registered as UHM 85M (which is transferable), it flew through its MOT in September with no advisories recorded. With virtually zero miles since the build was completed, this Escort is in stunning condition throughout and will need some careful running in before being used in anger.