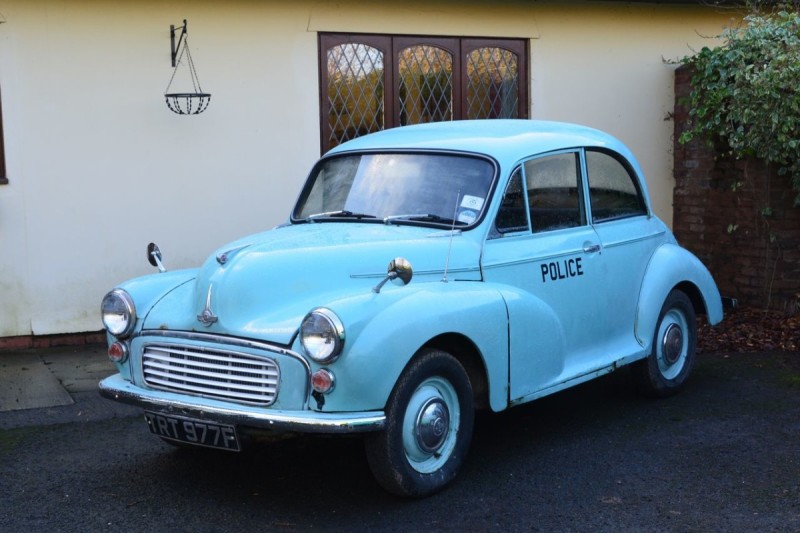 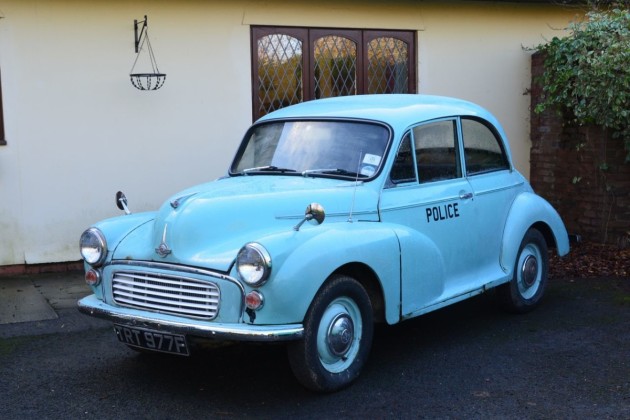 Back in the days when vicars and midwives still did their rounds on a bicycle and local bobbies didn’t look like SWAT teams with assault rifles under their body armour, a blue and white Moggie Panda car pottering the lanes on the lookout for apple thieves and sheep rustlers was a reassuringly familiar sight.

Right up until the mid-Seventies, the Minor 1000 two-door did sterling service with police forces across the land, the Pye two-way radio and roof-mounted blues and twos (accessible through a zip in the headlining) deploying the long arm of the law in a most effective way. With nippy handling, a 78mph top speed (and best of all a good heater), there weren’t many miscreants who could outrun a Panda and avoid a clip round the ear from pursuing PC Plod.

First registered in East Suffolk in June 1968, this Panda car has spent the last dozen years on display in the Pembrokeshire Motor Musem, long after being demobbed from active service. Dimples on the roof show where the lights were once fixed and it still retains the zipped headlining and two additional gauges on the driver’s side glovebox where the radio would once have been.

Starting promptly and running well as we moved it around for these photos, it will doubtless require a degree of recommissioning (and certainly some attention to the brakes) before returning to active duty, an online check showing that it was last MOT’d in 2005.

Being offered here as a straightforward restoration project, it is hoped that it will have been reunited with a set of roof-top blue lights in time for the sale. Once restored to its former glory it will prove a real talking point at any show and could no doubt earn its keep as a film prop.