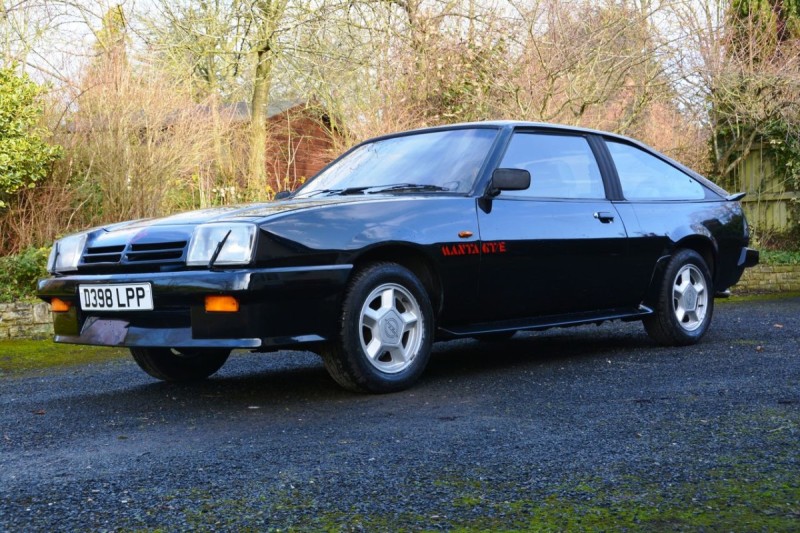 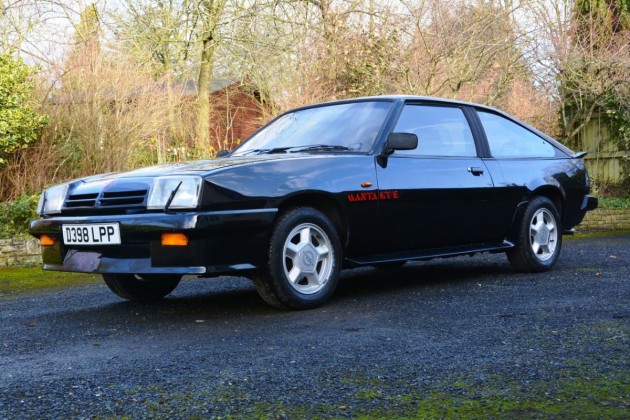 Designed by GM’s Chuck Jordan, Opel launched its first Manta in 1970, a sporting coupe version of the accomplished Ascona saloon.

Like Ford, GM had been looking into the market for cars aimed more at ‘the individual’. Ford had come up with the Capri (with shades of the Mustang), while Opel’s car carried echoes of GM’s muscle car equivalent, the Camaro.

The long-nosed Manta A was offered with three four-cylinder engine options, from a 68bhp 1.2 to a 90bhp 1.9-litre. Setting the trend for following Mantas, there were several levels of sportiness and trim specification; the SR/Rallye with more comprehensive instrumentation and sports wheels, and the more luxurious Berlinetta with fancier trim, head rests and a vinyl roof.

In 1975, the second series (Manta B) was launched, based again on the newly redesigned Opel Ascona. The Manta B took many of its styling cues from the Chevrolet Monza of the same year, doing away with the split radiator grill in favour of a ‘droop-snoot’ nose similar to the Vauxhall Cavalier. The new model also lost the thick rear roof pillar and had a generally more airy cabin.

For 1982 it was face-lifted yet again to become the Manta B2, with sleeker wraparound bumpers, front and rear spoilers, and all brightwork replaced with fashionable matt black. In GTE form, as here, it had a new 110bhp 2.0-litre engine which gave it a 0-60 time of 8.5 seconds and a top speed of 120mph. Known to be one of the best handling cars in its class, the Manta went on to win many rallies across Europe and the USA, production finally coming to an end in 1989 when it was replaced by the Calibra.

First registered in October 1986, this particular GTE hatchback has had just two owners since 1990 and five in total. The previous owner bought the car in March 1990 with 28,833 miles on the clock and kept it until 2005. During those 15 years he racked up another 84,600 miles, keeping a detailed maintenance log which included no fewer than 24 oil and filter changes, an average service interval of just 3,500 miles. The Manta never once let him down and he concludes his log by saying it was the best car he had ever owned in 36 years of driving.

By the time the current keeper acquired the car in January 2005 it had covered 113,400 miles and he only added another 400 miles to this tally before putting the car into storage, the last MOT having expired in October 2006.

Recently taken out of hibernation and recommissioned (including four new tyres and a new fuel pump), it remains in highly original condition throughout and is due to have a new MOT in time for the sale. Documentation includes the aforementioned service log, 13 old MOTs back to 1994 and all the original handbooks in the original wallet.

Despite being superior to the Capri in every department and better engineered to boot, the Manta never really caught on with its target market in Britain who perversely preferred the workaday Dagenham bling of the Capri to the sophistication of the foreign-sounding Opel. With great balance, rear-wheel drive, a five-speed ‘box and a gutsy engine it was, and remains, a real driver’s car.

Don't take our word for it: pitted against a Rover SD1 Vitesse and a Capri 280 Brooklands, it is the GTE that comes out on top in the March 2018 issue of Classic Cars magazine. With only 393 Manta GTEs still UK registered today, this pampered survivor looks mighty tempting at the sensible guide price suggested.