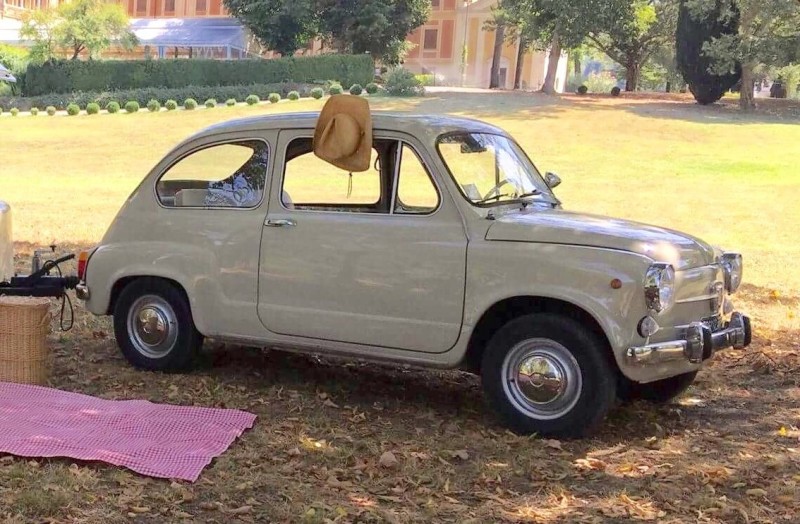 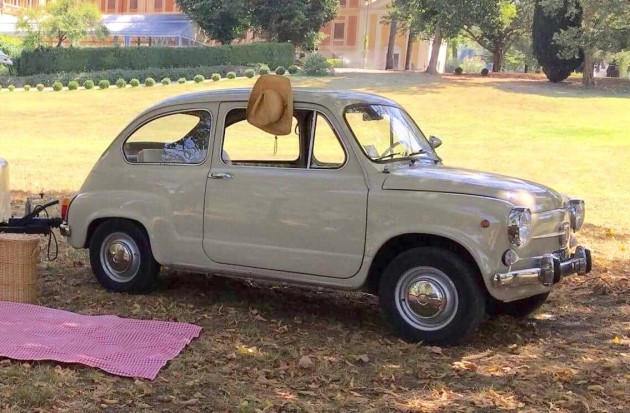 The Fiat 600 marked the dawn of a new era of car construction for Italy’s biggest and most successful manufacturer.

Up until late 1954 the Turin-based company had been selling its Topolino C which was essentially an updated pre-war design that had run its course. Unveiled at the Geneva Motor Show in 1955, the 600 broke new ground for Fiat by using a rear engine housed within a torsionally rigid monocoque bodyshell.

It could accommodate four people with their luggage stowed in the front ‘boot’, and weighing only 600kg it could make good progress from its 633cc 25hp water-cooled engine, bowling along happily at 55mph in fourth gear. The new four-cylinder engine had a cast iron cylinder block and an all-aluminium cylinder head, water-cooled by a radiator housed in the engine bay.

The advanced chassis and good handling of the 600 earned very positive reviews in the European motoring press, with almost 2.7 million sold by the time Italian production came to an end in 1969 by which time the engine had grown to 767cc. The car was small but effective and while it wasn't luxurious, it was very easy to maintain. In fact, it continued to be produced in Spain, Yugoslavia, and South America until as late as 1982.

This delightful example has just arrived from its home in Genova where it has lived with the same family since it was first registered to Marie-Teresa Gasperini on 1st October 1966. It remains highly original, although has recently had a quality respray in its original beige livery and a freshened interior, a job which included new seat covers, interior panels and floor covering.

The suspension, brakes and electrics have all been overhauled and we are advised that the engine has always had regular care and maintenance and “is ready to tour Italy” according to the vendor, effectively only its second owner.

One of the beauties of Italian cars that have long lived in the country of their birth is their rust-free bodywork and this one is no exception. The only modification from standard that we can see is the rather lovely period Voxon radio which must have been quite the thing at the time.

A refreshing alternative to the ubiquitous 500, and offering a bit more go and a lot more civility, the charms of a 600 are plain to see and this must be one of the nicest examples available. It is sold with its Italian registration documents and a NOVA number so getting it UK registered will be straightforward.

AMENDMENT; Bidders are advised of a slight change in estimate.