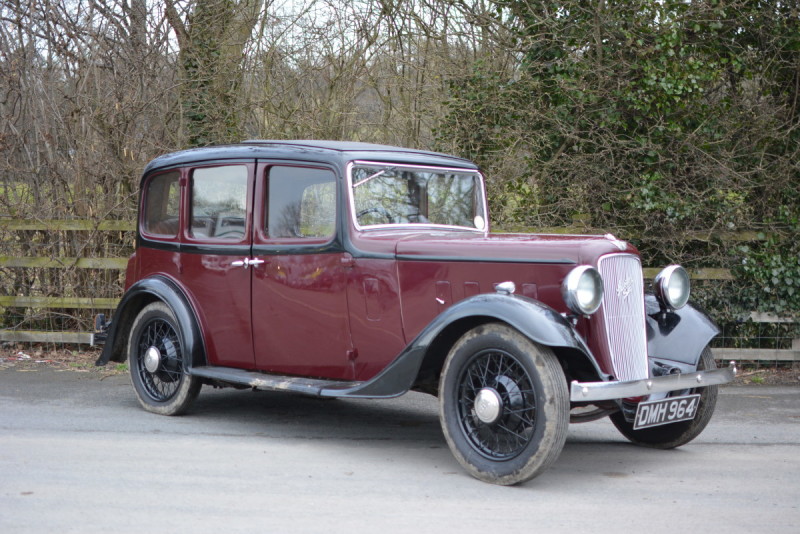 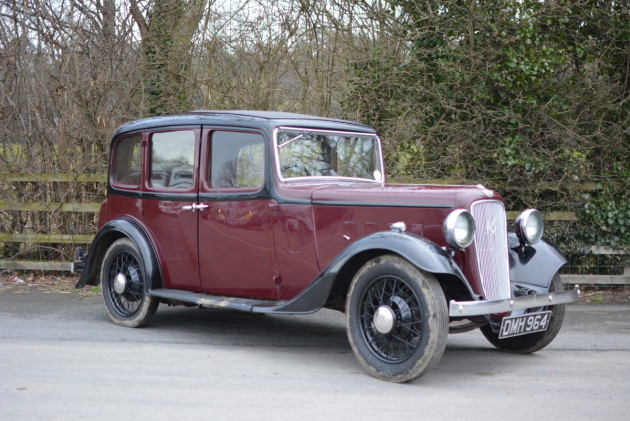 Although the first Austin car was marketed as early as 1906, it was really not until the 1922 season that the company established itself as perhaps the number one player in the domestic car market.

This was due largely to the phenomenal success of Austin's 7hp and 12hp models which gained an immediate reputation for utter dependability at an affordable price. By 1932 they had been joined by another outstanding model, the 16hp, a particularly lively 6-cylinder machine featuring monoblock cylinders and aluminium alloy pistons which helped cement the firm's reputation as the car maker for the masses.

First registered in April 1936, DMH 964 is a charming example of the 12/6 six-light saloon with powerful 15.9hp motor, four-speed transmission and lovely Ascot De Luxe coachwork. With just one owner for the last 10 years, the car is said to be in very good mechanical order with good oil pressure and engine compressions. Fitted with a new battery shortly before the sale, it started on the button and felt very nice as we moved it around for these photos.

The paintwork, brown leather interior trim and brightwork are all in lovely order throughout, the interior retaining that wonderfully nostalgic ‘old world’ smell that conjures up warm summer days when the world was a simpler place. It also benefits from a useful roll-back sunroof.

The history file includes a blue V5, an original handbook (costing one shilling), various invoices (one of which refers to replacement of the inlet valves, springs and exhaust valves in 2009), 14 old MOTs and a current MOT until June 2018 with no advisories recorded. There are also a few old tax discs dating back to the mid-1940s along with a box of c.100 Austin club magazines for some exciting bed-time reading.

On the button and ready to go, it is perfectly serviceable as it is but could easily be made into a very smart example with relatively little effort. The transferable registration number, DMH 964, might also appeal to anyone with a Porsche 964…