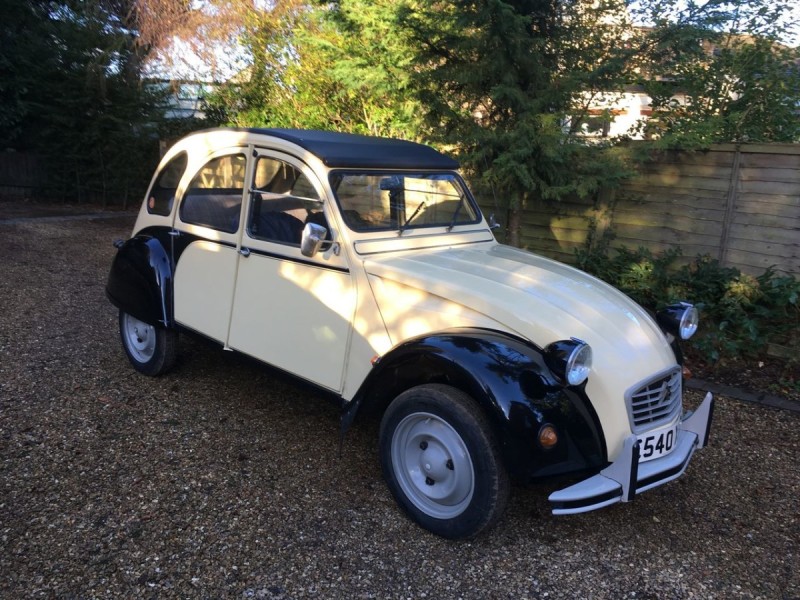 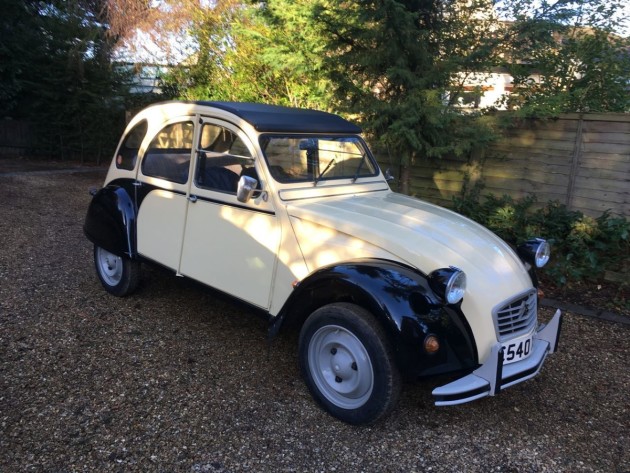 Launched way back in 1948, the Citroen 2CV has gone on to inspire a fanatical following who revel in its utter simplicity and amazing cross-country ability.

Its heyday was in the fuel crisis years of the mid-1970s when it became a symbol of the environmentalist lifestyle, cunningly exploited by Citroen’s marketing department who organised a series of intercontinental endurance rallies including the ‘Raid Afrique’ which saw 60 2CVs cross the Sahara, and the ‘Raid Kabul’ which sent 500 2CVs on an epic 10,000 mile trip from Paris to Afghanistan and back.

The vendor has owned this 1986 2CV for the past 15 years with just three owners before that. During that time he has fitted a galvanised chassis and restored the bodywork, which is finished in Black and Buttermilk cellulose paint. A number of new parts were fitted, including a roof and exhaust system, and the seats re-covered, but not all the parts fitted or the work done are recorded in the £1,500-worth of invoices on file.

The work has been carried out most competently and this is a very smart car – possibly better than when it left the factory in Paris 32 years ago. The 602cc engine is running well and the car has an MOT to October 2018 with no advisories recorded. It has only covered around 2,000 in the last three years, the odometer currently showing some 75,000 miles.

This is a very smart 2CV which requires no work and is ready to drive away. There has been a resurgence of interest in these quirky cars in the past few years and the fact that they are economical, have a brilliant spares back-up and can carry a man wearing a bowler hat holding a dozen eggs over a ploughed field without breaking them makes the 2CV as appealing now as it has ever been. Nine million Frenchmen can’t be wrong. Achetez maintenant!