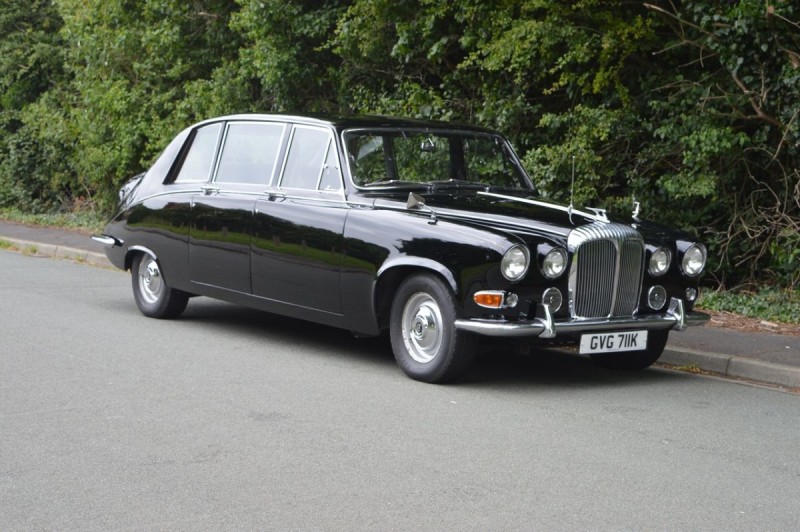 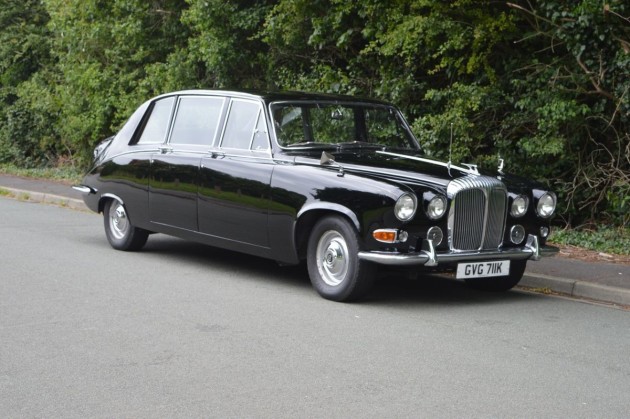 Introduced as a direct replacement for the Daimler Majestic Major in 1968, the DS420 was the last vehicle to use the fabulous Jaguar straight-six XK engine. By the time of its demise, over 4,100 had been produced, initially at the Vanden Plas works in North London, with production moving to the Jaguar plant at Coventry in 1979.

The earlier Vanden Plas-built DS420s are known within the carriage trade as being far better built than later models, the fine two-owner example on offer today dating from 1972. The vendor acquired it in 1981 at which point it had covered only 36,000 miles.

Its first jobs were doing ‘Mayor and Judge work’, collecting and delivering the dignitaries of Shrewsbury. A job book in the history file lists its duties from 1981 to 1984, and 30 old MOTs show its mileage accumulation to its current reading of 117,000 miles. The MOT runs until February 2019 with no advisories recorded.

It received a fully reconditioned engine in 2003 and there are bills on file for work done inside and out. The most significant was a major body refurbishment in 2005. Keith Hockenhall, a well-known restorer, fitted new rear wings, repairing the inner arches at the same time. This was a massive job, the bill for the work and subsequent respray totalling some £16,000.

At much the same time, a new headlining was fitted and the leather reconnollised. It has not had a great deal of work to do over the last few years and has been showroom stored when not in use. As a consequence, it has retained its lustre and looks most impressive inside and out.

It is rare to find a DS420 in such well-kept condition so if one of these superb limousines is on your shopping list – this is the car for you.