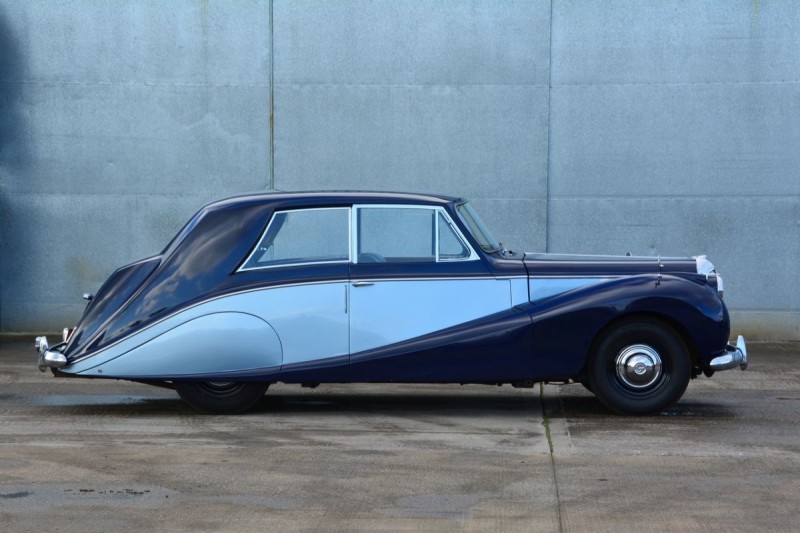 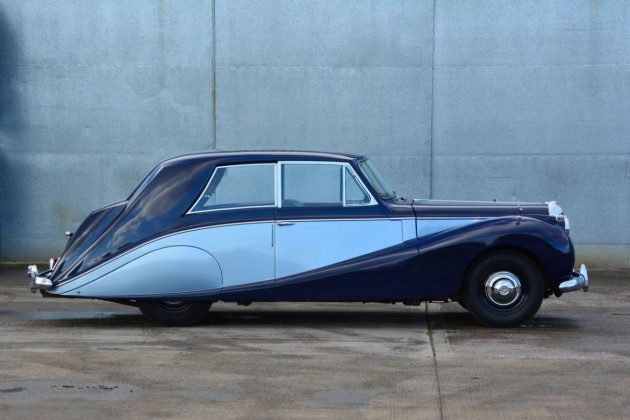 Daimler’s new range of large luxury cars launched in the early 1950s did not prove the success that the venerable Coventry firm had hoped for: an emergency rate of Purchase Tax and the general economic gloom which pervaded the early part of the decade favoured Daimler’s own cheaper Conquest models.

Launched in 1951, the Daimler Regency DF300 was fitted with a 3-litre straight-six derived from the 2-litre four used in the Lanchester Fourteen. Aided by twin SU carbs, it developed 90bhp at 4,100rpm with a top speed of 80mph and most were clothed in saloon bodywork by Barker. Unfortunately, it was little short of a disaster with only 51 finding buyers, its prodigious thirst and eye-watering price tag keeping buyers away as the economic recession hit home.

In 1952 an even more luxurious version was launched at the Earls Court show, the DF302 Empress MkII now with a higher compression ratio and an aluminium cylinder head which boosted power to 100bhp. Only 33 were made, all bodied by Hooper as six-light four-door saloons apart from two which were four-light two-door saloons (chassis numbers 82006 and 82007), both of which still survive today, 82006 being resident in Australia and 82007 being the car you see here.

As records on file show, chassis 82007 was sent to Hooper on 29th October 1952 where it was fitted with body design number 8380 which was largely the work of Hooper’s chief stylist, Osmond Rivers. Returning to the Daimler works in May 1953 for final finishing, it was first registered in July 1953 with the number MBT 2.

It is not clear who the first owner was but two old log books (buff and green) show that by 1960 it was owned by a Jack Barrett of London NW1, passing through another five owners before being acquired by a Robin Cameron of County Antrim in 1976 by which time it had been re-registered as 592 JGK.

Correspondence on file shows that Cameron had bought the sister car, chassis 82006, at a Christies auction at Beaulieu in the summer of 1975. By an amazing coincidence Cameron happened to be touring England in the Empress the following year when he was accosted by a London gentleman, Hugh Kelsey Edgley, who said he owned an identical car that was stored on his brother's farm near High Wycombe and wanted to sell it.

One thing quickly led to another and Cameron was soon the proud owner of both cars, although 82007 was in a pretty bad way as outlined in a very detailed letter on file. Cameron then sold the car to a John Wentworth of Oxon who never really did any work on it before selling it to our vendor about 25 years ago.

Determined to restore the car to its former glory, he has spent the last 20 years getting it into the wonderful condition you see today, much of the work being carried out by historic race car specialist Trevor Farrington Ltd of Knutsford. As is plain to see, every single part of the car has been restored or renewed as necessary, including a full engine rebuild, the vendor estimating that he has spent well over £40,000 on the restoration although he has only retained some of the invoices.

Since the restoration was completed the car has covered fewer than 100 miles and still needs to be carefully run in before the performance is exploited to the full. Starting promptly and running well as we moved it around for these photos, it is only reluctantly for sale due to illness.

In stunning condition throughout and retaining its original engine and Mid-Blue/Metallic Silver Blue colour scheme, this extremely rare coachbuilt saloon looks like the bargain of the sale at the modest guide price suggested.