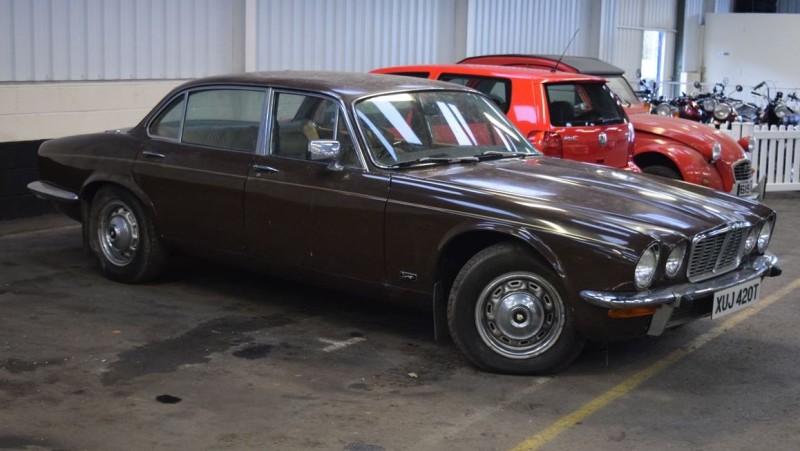 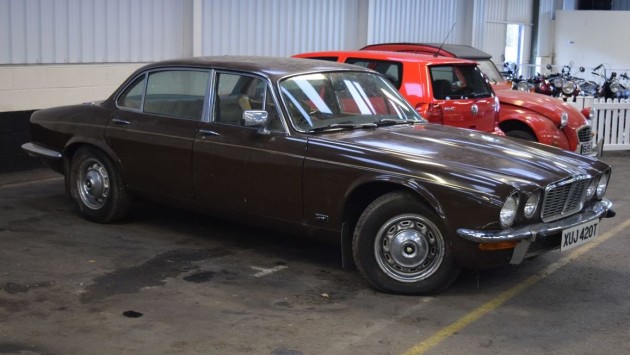 The ground-breaking XJ6 made such an impact at launch that virtually every other luxury saloon on the market was rendered over-priced and obsolete overnight.

Its combination of stunning looks, performance, refinement and ride comfort, not to mention value for money, shook the rest of the industry to the core. No wonder CAR magazine voted it 'Car of the Year' in 1968 and later, in 12-cylinder Daimler form, 'Best Car in the World'.

Purchased new by the vendor’s father from Kennings of Shrewsbury in August 1978, this Series Two 4.2-litre Automatic was used sparingly for many years, it’s main duty being to transport the ‘old man’ to his daughter’s house for Sunday lunch every week.

The accompanying Passport to Service shows eight stamps to 31,045 miles in 1994, the car getting a new speedometer shortly after, the total accumulated mileage now amounting to some 44,000 miles from new.

It was last MOT’d and in use in 2009, although it has been started and run regularly since and has recently had a new starting carburettor fitted. It retains its handbook, a file of bills, 13 old MOTs and a spare set of keys.

Having had just one careful owner from new, this low mileage XJ6 is full of potential and looks remarkably solid after its time off the road. With nice examples so hard to find, this straightforward recommissioning project is well worth a closer look.