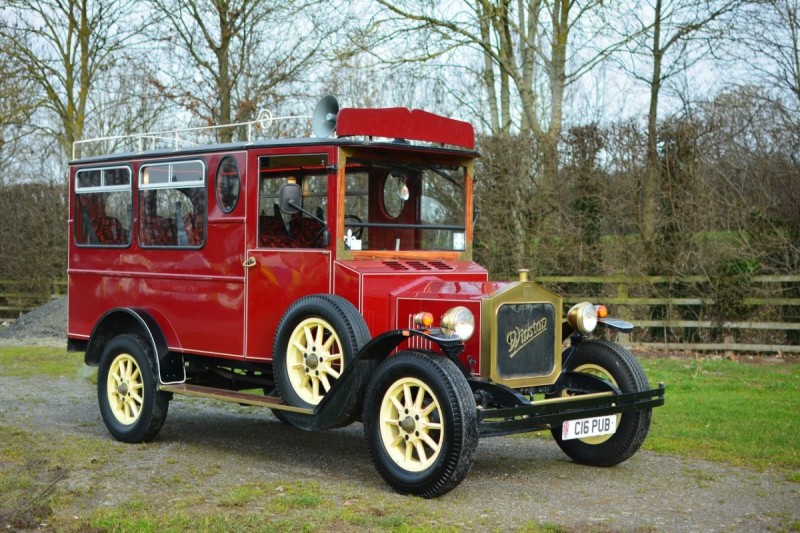 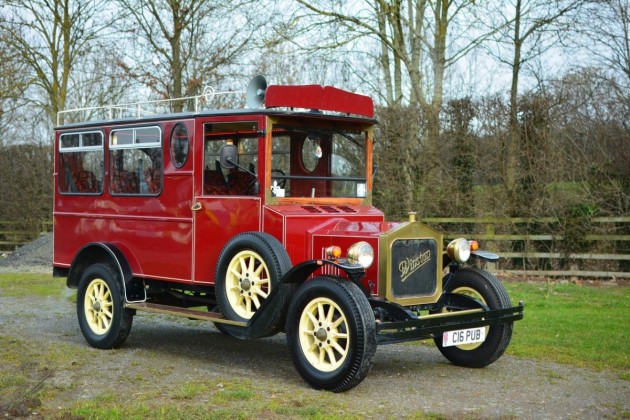 Possibly the only vehicle ever to have its origins in a pie shop, the Fleur de Lys was the brainchild of Newark patisserie manufacturer, Andreas Liveras.

Wishing to have his olde worlde produce delivered in suitably vintage vehicles but unable to find anyone who could make what he wanted, he decided to design and produce them himself. The result was Fleur de Lys Automobiles, established in 1983, who began to manufacture reproduction 1920s-style delivery vans from a purpose-built factory in Newark.

The vans were designed by Len Terry, a leading engineer in the Lotus team which won the Formula One Championships in 1963 and 1965. They are built using traditional coachbuilding techniques but using modern materials and engineering standards. The doors, bonnet and mudguards are aluminium and period features include the specially built brass radiator cowl and die-cast aluminium artillery-type road wheels.

The cab boasts a solid mahogany screen surround and solid brass fittings while an authentic-sounding klaxon completes the period feel. The suspension was developed by Len Terry to ensure good ride and steering feel. Proven Ford components are used throughout the vehicle and every van carried a Ford warranty from new. These vans make ideal promotional vehicles – Harrods, Kelloggs, Michelin, JVC, Walls, Castrol, Bang & Olufsen and Budweiser being just a few of the better known firms whose liveries have adorned them.

The vendor tells us that this 1987 classic minibus, fondly named Winston, offers seating for nine passengers enabling potential Hire and Reward opportunities. It has seen limited use, and has covered only 46,500 miles. The Ford 2.0 petrol 4-pot unleaded Pinto engine and 4-speed manual transmission allow it to keep up with modern traffic despite appearances!

Mechanically, the car has recently been treated to a £3,300 spend including a new clutch, new uprated battery, new alternator, and a new master cylinder plus works to the braking system. The vehicle has an MOT until September 2018 with only two advisories, both for slight play in the front wheel bearings, no surprise given the scale of the old-fashioned wheels fitted. The personalised registration C16 PUB comes with the vehicle and has been valued at £875.

Ideal for the stag/hen/wedding/prom circuit, it should repay the initial purchase cost many times over.