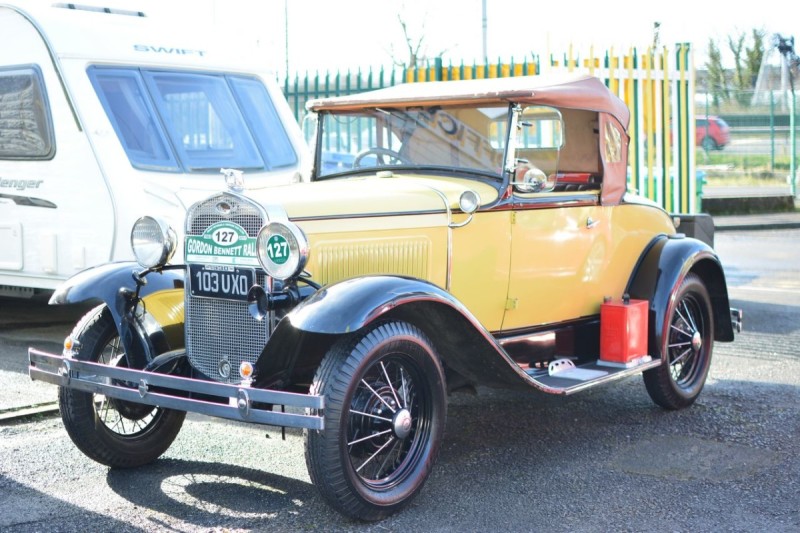 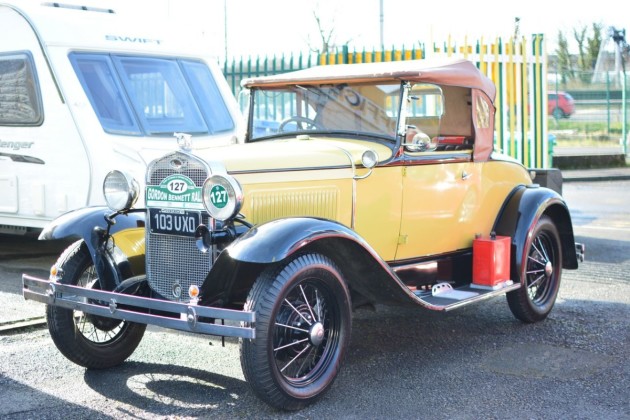 Introduced to the public in December 1927, the Model A was such a sensation that riot police had to be deployed outside Ford showrooms to control the crowds.

Taking Ford overnight from country cousin to country club, the Model A had a cachet lacking in the workhorse Model T and suddenly film stars and presidents were happy to pose next to one. Longer, lower-slung and better-suspended than its predecessor, it was powered by a Howard Hicks-designed 3,285cc, L-head four-cylinder engine developing 40bhp (twice the Model T's output) and boasted coil ignition and an integral water pump.

Mated to a three-speed manual gearbox, it gave up to 30mpg and had a top speed of 65mph with four-wheel drum brakes to bring it safely to a halt. When production finally ceased in 1931, over 4.3 million had been sold in no fewer than 22 different styles.

Built in 1930, this RHD Cabriolet originally hails from New Zealand but has also spent some time in France before settling in the UK in 2005. Little is known of its early life but its current appearance shows that someone has spent a lot of time and money putting it in prime condition.

Restoring the travel trunk alone cost £1,000 and the beautifully tailored hood cannot have been cheap either. The car has a host of other accessories including cowl lamps, wind deflectors, radiator screen, spoke covers, indicators and Quail mascot.

In case you think this Model A might be all show and no go, it’s worth pointing out that it has completed several Gordon Bennet rallies in Ireland. The 3.3-litre engine is the full-fat 24hp export version which starts easily and pulls strongly. The current owner has spent over £3,000 in the last couple of years to bring the steering and brakes in line with the rest of the car.

The Model A is a tough, well-engineered motor-car and has a spares back-up that is probably unequalled by any other vintage car. If you are looking for a powerful, useable vintage car which is as happy on the open road as it is welcome on the show circuit, this Cabriolet would be hard to beat.