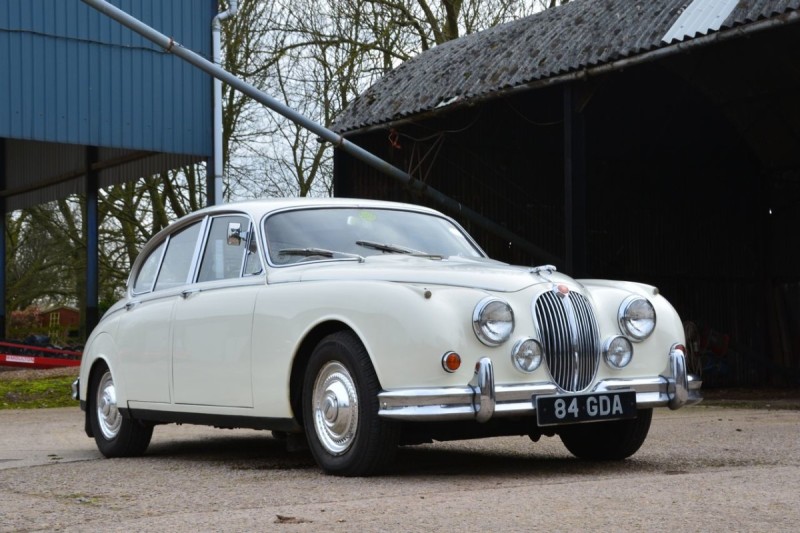 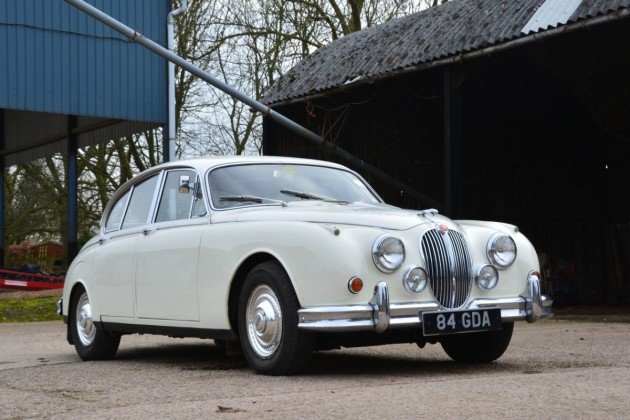 A range-topping 3.8-litre was made available for the new car but the magnificent 3,442cc XK engine, which had done so much to fill Jaguar’s trophy cabinet in the racing C- and D-Type models, still offered quite sufficient performance for most people. In fact it only gave away 10bhp to its brawnier 220bhp big brother and reduced the top speed by just 5mph to a still highly illegal 120mph.

Like its smaller and bigger engined stablemates, the 3.4 was clothed in one of the finest looking saloon car bodies ever made. You will get more smiles-per-mile proceeding along the Queen’s highway in a MkII Jag than you will in virtually any other car, such is the public affection for this quintessentially British sporting saloon. Production of the MkII 3.4 ended in 1967, although a cheaper version, the 340, continued to sell until 1969.

First registered in Wolverhampton in April 1964, this MkII has had just four owners from new, the vendor acquiring it 15 years ago from a gentleman who had owned it for 18 years (1985 – 2003). A document on file states that the engine was reconditioned at Jaguar's Browns Lane factory in the late 1970s when the bodywork was also tidied up and repainted plus much other work to "bring it up to concours standard".

It was then used only sparingly, some 29 old MOTs showing that it has only covered around 20,000 miles since 1981 with a documented speedo change in 1996. The lovely red leather interior appears largely original and nicely mellowed while the chrome and the Old English White paintwork still look very smart indeed, testament to the quality of the earlier restoration.

During his long ownership the vendor has looked after the car well with a large file of invoices to show regular upkeep. This has included fitting a stainless steel exhaust, Mota-Lita steering wheel, heated rear windscreen and Spax adjustable shock absorbers all round. Last year it had a brake overhaul, new condenser and battery and the carbs were balanced. The previous owner had fitted ACE wheel trims, hazard warning lights, Kenlowe fan, a battery condition gauge and a louvred bonnet with twin air vents but the original bonnet is also included if preferred.

Starting promptly and running nicely as we moved it around for these photos, it has an MOT until June 2018 with no advisories recorded and is due to be driven almost 100 miles to the sale. It also retains the original tool kit, handbook and transferable number plate, 84 GDA, which no doubt has a value of its own. A quantity of MkII spares and factory manuals amassed by the vendor over the years are also available by separate negotiation if desired.