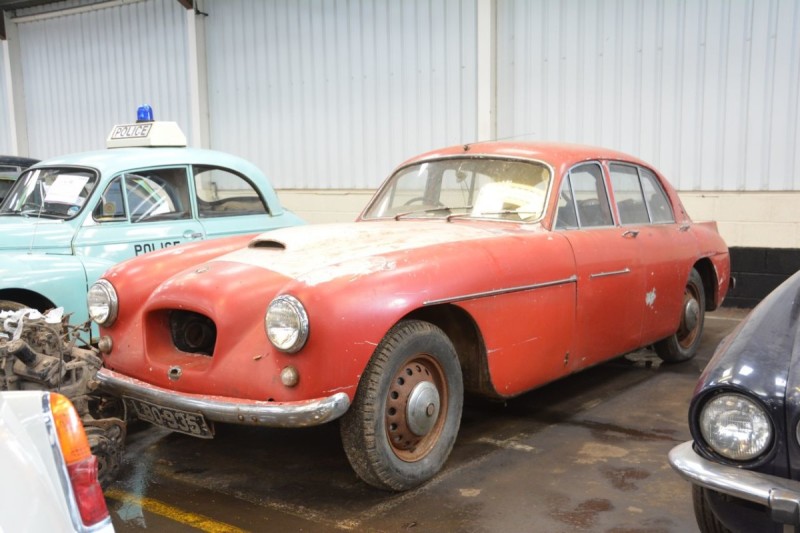 As with the 403, the engine was a 2-litre inline-six OHV unit, with rack-and-pinion steering. The suspension was independent upper wishbones and transverse leaf spring with an anti-roll bar at the front and a live axle with longitudinal torsion bars at the rear. Superleggera construction was replaced by a partially wooden body frame.

Standard fittings included overdrive, adjustable steering and door armrests and ‘one-shot’ chassis lubrication. It was also the first Bristol with flashing indicators and an opening boot lid, while other features included the soon to be familiar ‘seven dial’ dashboard and a spare wheel storage compartment in the nearside front wing. Optional extras included front disc brakes. The top speed was 110mph, and the price was a hefty £3,188 making it more expensive than rivals like the Jaguar Mk VIIM, the Alvis Grey Lady and the Lagonda 3-Litre.

The large glass area earned the 405 the nickname of ‘The Flying Greenhouse’ and one interesting detail was that the rear doors were bigger than those at the front. Available as a saloon or a 405D drophead coupe made to order by Abbotts of Farnham, only 51 dropheads were built and 265 four-door saloons. Production ceased in 1958 following the introduction of the 406 in the previous year.

This Dragoon Red 405 Saloon was first registered in Cardiff in August 1955 and comes with two old green log books and an old style V5 documenting all the owners between 1966 and 1997 when it came into the hands of our vendor. As you can see it is being offered here as a restoration project and we are advised that it will come complete with an engine and gearbox of the correct type although these are not necessarily original to the car, nor are they currently installed.

Only reluctantly for sale due to illness, we will update the website with any further details as and when they become available.