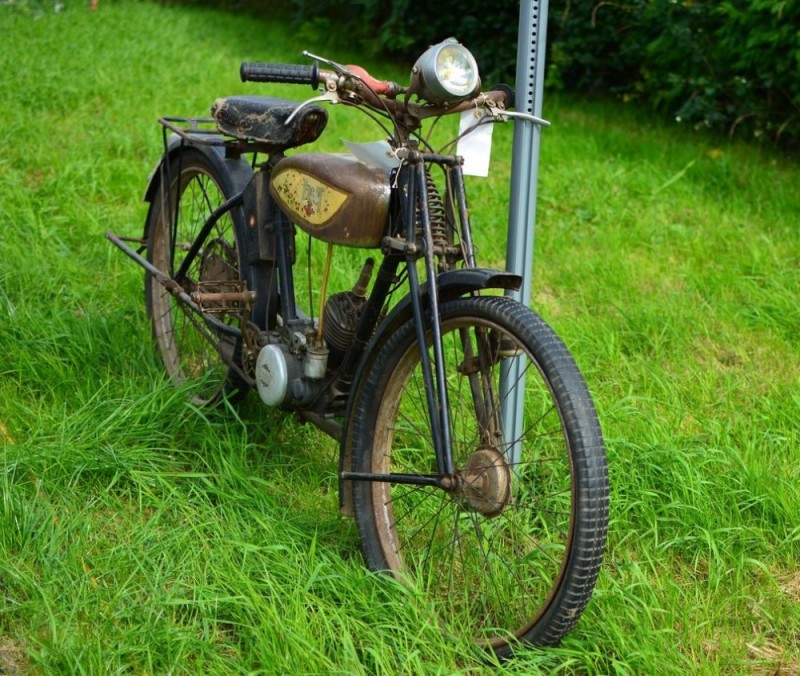 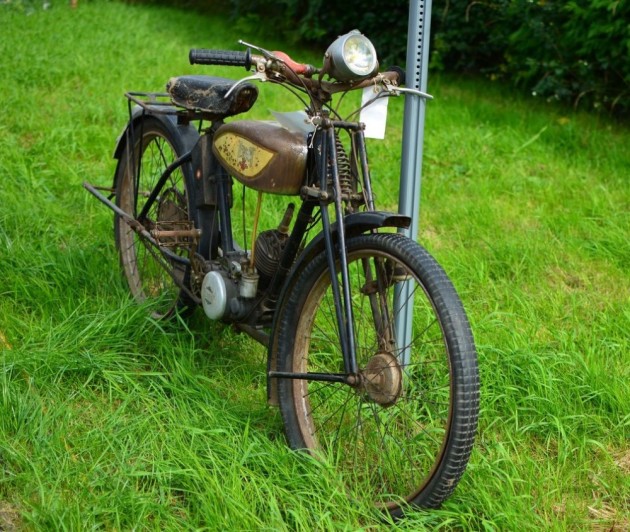 Originally founded in Germany in 1862, the Terrot machine company began producing bicycles from a factory in Dijon, France, in 1890.

After World War Two the four-stroke single of 498cc was still produced, but most of the production was centred around the lightweight two-stroke market of 175cc and below. Links with the Peugeot subsidiary Automoto led to the Terrot firm being taken over by Peugeot in 1961 at which point the Terrot name ceased to exist.

Thought to date from 1934, this VM100 model is one of those motorized bicycles Terrot created to get France moving again after the great Depression of the early 1930s. With a frugal 100cc two-stroke engine, it appears in original order with a wonderful patina that looks like it could tell a hundred tales.

Supplied with no documentation, this interesting relic of a by-gone era looks well and we are informed that the engine still turns but would doubtless benefit from a degree of recommissioning before being ridden once again.