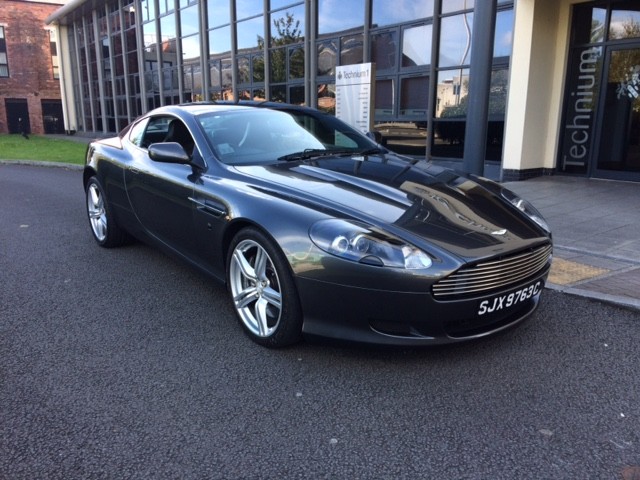 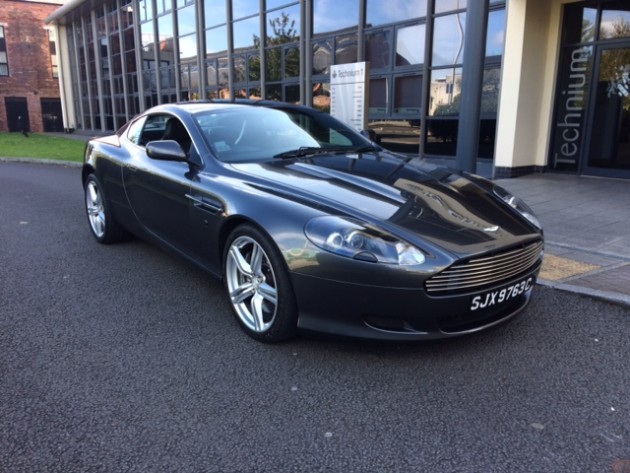 Launched in 2004 to replace the DB7, the sensational DB9 was in a completely different league to its ageing forebear and was the first model to be built at Aston Martin’s high tech Gaydon facility.

Designed by Henrik Fisker, it was constructed mainly of bonded aluminium and lightweight composites, including the chassis, which made it over twice as stiff as the DB7 but with a 25% reduction in weight.

Luxuriously trimmed in leather, aluminium and walnut, it had 2+2 seating and a 6.0 V12 producing 450bhp and 420lb/ft. Driving through a six-speed ZF automatic gearbox it could accelerate from 0-60 in just 4.9 seconds with a top speed of 186mph. A manual version was also available which shaved two-tenths off the dash to 60mph, but as the auto had a paddle-shift ‘semi manual’ mode, few customers opted for the latter preferring the ease of the auto.

Rapturously received by press and public alike, the DB9 was famously declared “too cool” for Top Gear’s ‘Cool Wall’ and was given its own ‘sub zero’ category. Costing between £130k and £140k depending on spec, it remained in production for 12 years before being finally replaced by the turbocharged DB11 in 2016.

First registered in 2005, this gorgeous DB9 coupe was supplied new to our sole owner through Aston Martin Singapore and has covered only 46,400 miles (74,700km) from new with an excellent service history comprising seven stamps to date, six at Aston Martin Singapore and the last just a few hundred miles ago by Stratstone AM after returning to the UK with its original owner in 2015.

Packed with all the luxuries one could wish for including automatic transmission, sat nav and park assist, it looks sensational in dark grey with black leather interior and eye-catching 5-spoke alloy wheels. Supplied with its original handbooks, invoices, AM factory spec details, letter to AM Singapore, import docs and two sets of keys, it is said to drive as well as it looks and pack an exciting V12 bark with an MOT until November 2018.

Pop a private plate on and no one will know if it is two or 10 years old – not that it makes much difference as any DB9 immediately confers celebrity status on anyone privileged enough to drive or be driven in one. Go on, you only live once…