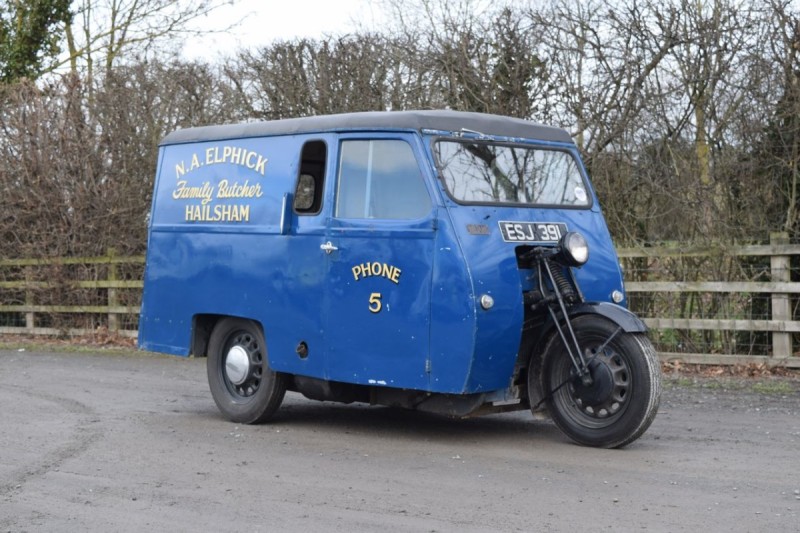 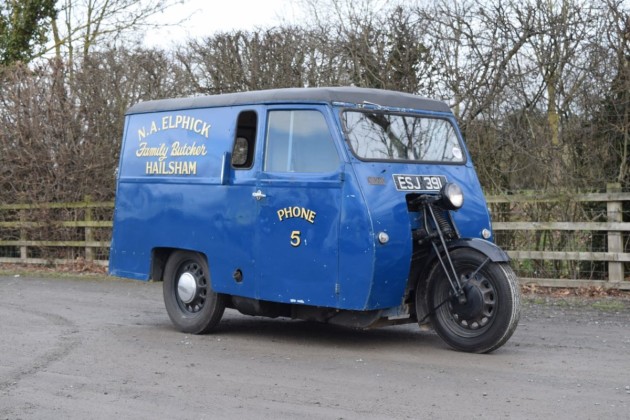 Reliant began making three-wheelers back in the 1930s, initially using JAP motorcycle engines but switching to the Austin 7hp engine from 1938.

This 747cc side-valve unit produced 14bhp at 3,500 rpm and although Austin soon dropped it from their range, they were happy for Reliant to copy their design.

In 1946, Reliant introduced a new van called the Regent. Still something of an oversized motorcycle, this simple three-wheeler was developed into a number of different models throughout the 1950s, the load capacity gradually increasing to 10cwt.

These post-war vans came equipped with luxuries such as sliding windows in the doors rather than canvas side screens. Perhaps the most significant innovation came in 1956 with the introduction of glass-fibre body panels to replace the aluminium ones. The Regent was eventually replaced by the Reliant Regal MkII 5cwt van in 1956.

First registered in September 1952, this Regent was acquired by the vendor way back in 1998 from a classic car specialist outside Banbury. It had clearly had money spent on it, was up and running, and came with a decent file of information which sadly got lost when he sent it for display at the Lightwater Valley Museum where it has languished for the last 10 years or so.

Nicely sign-written as a butcher’s van, every aspect of the vehicle relates to a bygone era - even the phone number has a single digit!

Although it is some time since it has run, the engine turns freely and being Austin 7 based, should be up and running soon enough – how hard can it be? A bit of fettling should soon have it back on the road – what a great promotional vehicle it would make and then there’s the saving on tyres…