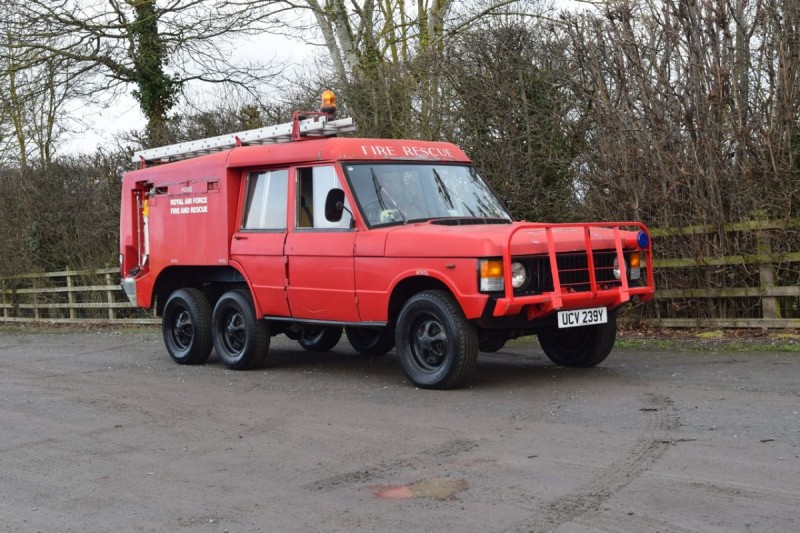 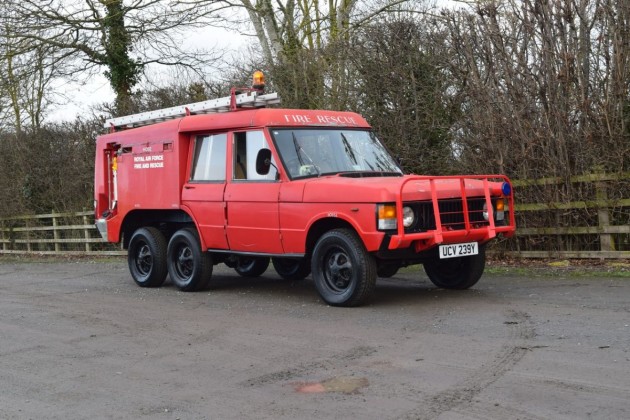 “Four wheels good: six wheels better” seems to have been the motto behind Carmichael & Sons of Worcester who modified Range Rovers from the early 1970s to the mid-‘90s. The majority were fire and rescue vehicles, but ‘personnel carriers’ were also produced, all using the Rover V8 engine.

The vendor has owned this Carmichael Commando since 2012 and has been in contact with the owners’ club for such vehicles called – ahem – ‘The Six Appeal Wheel Group’ (how would they feel about the man with two Reliant Robins, we wonder?).

Their records show that this particular Carmichael was supplied new to the RAF in 1982 as a fire tender and was originally painted NATO green. It left the Service in 1990 and passed through a couple of further owners before our vendor acquired it six years ago.

The Commando has no current MOT but it does drive and we have been told that it would not take much to turn it into a fully functional vehicle. There are certainly enough flaps, taps, switches and ladders to keep the new owner amused.

Although it will no doubt come in handy next time you see a Harrier jump jet on fire, it would also make a superb ‘extreme camping’ vehicle – ideal for trans-Sahara expeditions, long weekends in the Hindu Kush, next year’s Glastonbury Festival; or an attempt at the North face of the M6 on a Friday afternoon...

There is only a photocopy of the V5C on file and some emails relating to this vehicle, but it is not envisaged that there will be any problems with registering the change of ownership using the usual DVLA channels.