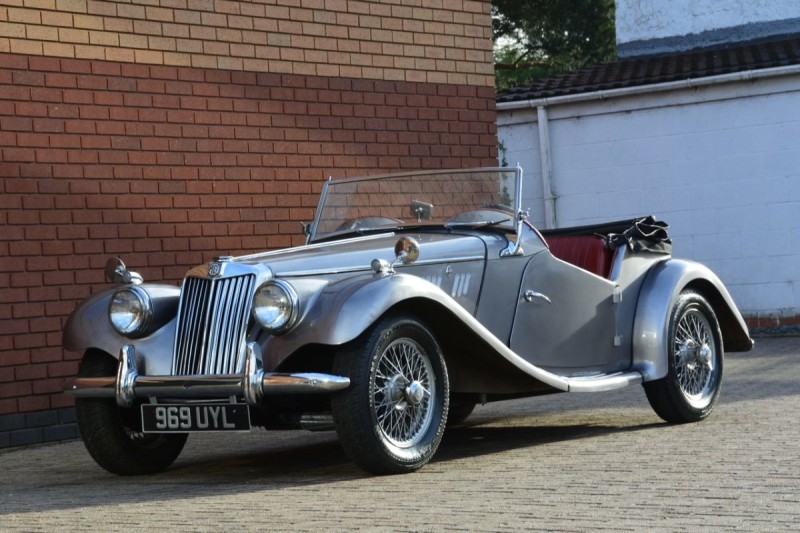 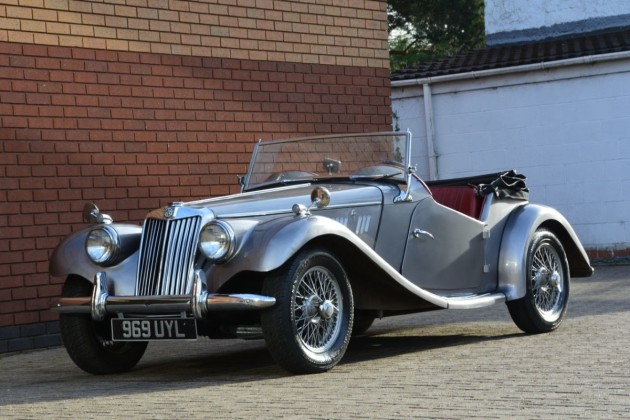 Last of the MG T-Series line and arguably the best, the TF was introduced in October 1953. Although mechanically very similar to its TD predecessor, the provision of a shorter radiator, revised wing line and faired-in headlamps lent it an altogether sportier air.

Equipped with rack-and-pinion-steering, independent coil-and-wishbone front suspension and four-wheel drum brakes, the new model helped maintain the marque's 'Safety Fast' reputation. Initially powered by a twin-carburettor 57bhp 1,250cc XPAG four-cylinder engine, the TF was offered with a 63bhp 1,466cc XPEG motor from November 1954 onwards. Production ended early in April 1955 after 9,600 TFs had been manufactured, the vast majority of them being sold into the American market.

Dating from January 1954, this TF is one of those USA-supplied cars, returning to these shores in May 2015 and remaining in its original left-hand drive. Although there is precious little documentation with the car other than a V5C, it has clearly been restored at some point in the not-too-distant past with a nicely trimmed red leather interior and some sparkling chrome wire wheels.

Starting promptly and running well as we moved it around for these photos, it looks excellent value at the modest guide price suggested and could easily be converted to RHD if desired using a kit of parts from the many specialists that serve this model.