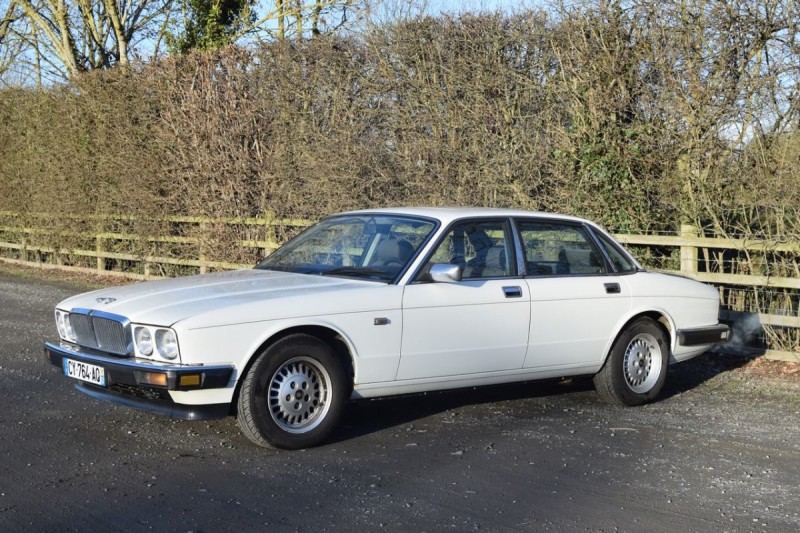 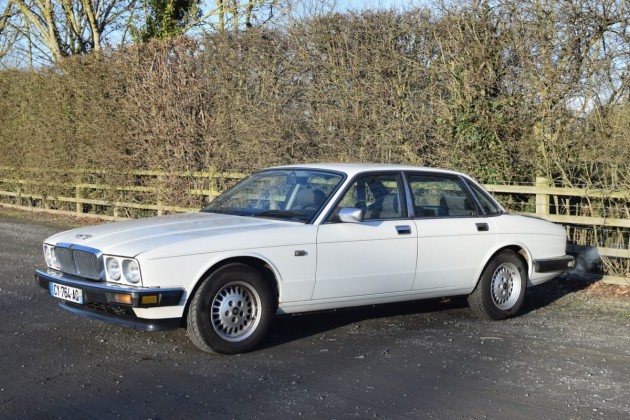 Jaguar were well aware that the outgoing Series III model was going to be a hard act to follow and threw every resource they had at its successor, investing over £200m in the development of the new car, codenamed XJ40.

All this hard work paid off and the car proved exceptionally reliable in use. Build quality was now on a par with the standards expected from its German rivals and aside from some mutterings about rather staid styling, the car sold extremely well both at home and abroad.

Recently imported from France, this 1989 XJ40 has 156,769 on the clock, but remember, these are inferior metric units and are meaningless. The car has actually covered only 97,400 miles, which in the scheme of things, and considering the build quality of the car and the robust 2.9 litre engine and transmission, is very little.

The grey cloth interior is in remarkably good condition and the bodywork is sound although the bonnet catch could do with some attention. The car is LHD, which makes it ideal for Continental touring, and there is even a black pleather Jaguar baseball cap thrown in so you won’t look out of place should you end up cruising with the Bulgarian mafia.

Documentation includes French registration papers and a NOVA reference should be in place in time for the sale which will make UK registration straightforward with the requisite DVLA form.