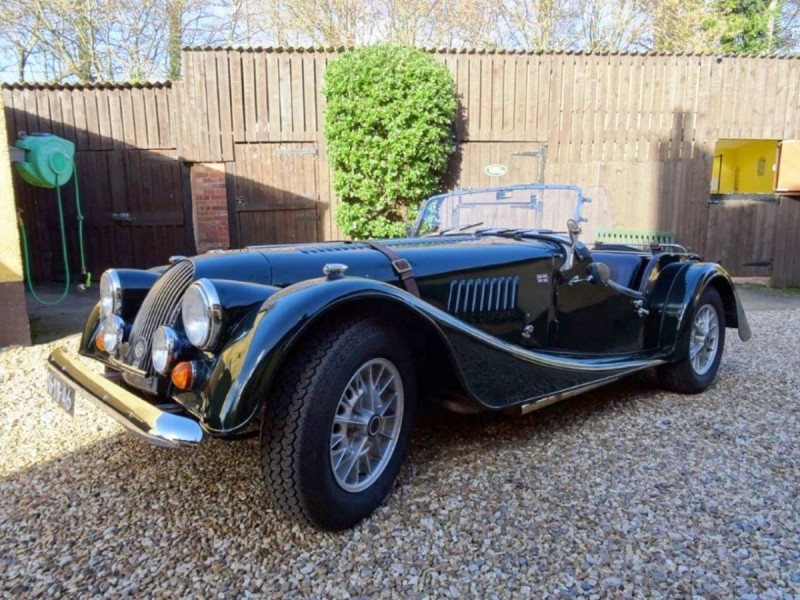 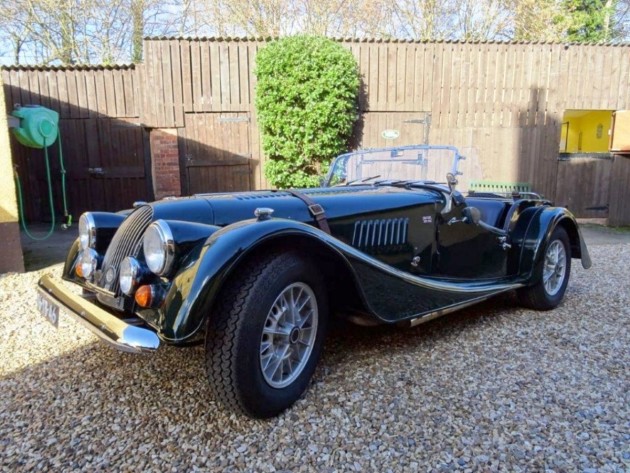 Introduced in 1968, the Plus 8 became such an instant and enduring success that it not only provided the bedrock on which Morgan could build for the future, but quite possibly saved the company from going under at a difficult time in its long history.

It was powered by the new Rover 3.5-litre all-alloy V8 which was shoehorned into the car by race engineer Maurice Owen using a widened and strengthened version of the Plus 4 chassis. The Salisbury 7HA axle was uprated with a limited slip differential and a new Moss 4-speed gearbox fitted to cope with the extra power. The all-aluminium bodywork was also widened to accommodate the larger wheels and tyres that were required.

With some 170bhp and 210lb/ft of torque on tap, the featherweight Plus 8 immediately became Britain’s fastest-accelerating production car, sprinting to 60mph in a shade over 6 seconds.

This fine-looking LHD example dates from 1972 and was originally exported to Italy where it was registered the following year. Little is known of its early history, athough it was comprehensively rebuilt in Germany in the 1980s, making its way to the UK last year via Holland.

A well-travelled example, it retains its correct and nice early features, such as the period-correct wheels and desirable Moss gearbox, although an enthusiastic owner has clearly gone to town with the extras catalogue and added a Mota-Lita steering wheel, stainless steel light plinths and a luggage carrier.

Trimmed in black leather, it comes with a black hood and side-screens and since its arrival on these shores has had a top-end overhaul which included a new camshaft to bring things up to scratch.

Still on its Dutch plates, it will be sold with a NOVA reference which should make life easy should its lucky new owner choose to register it in the UK.