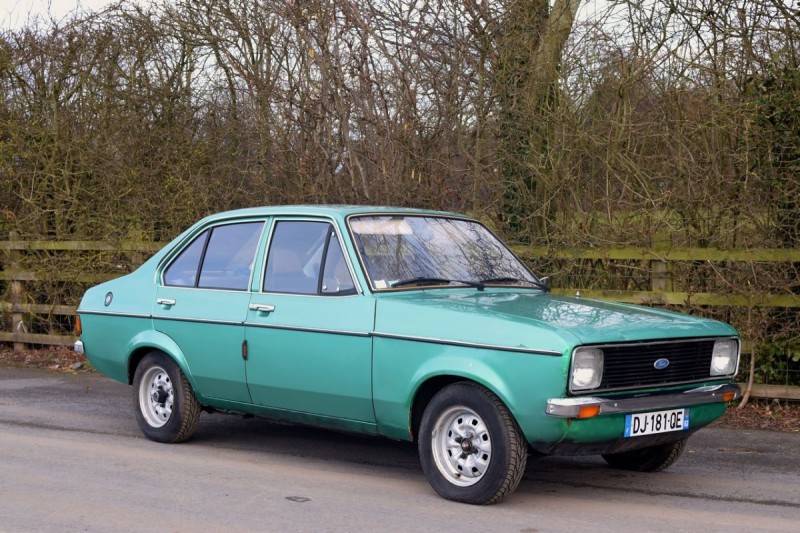 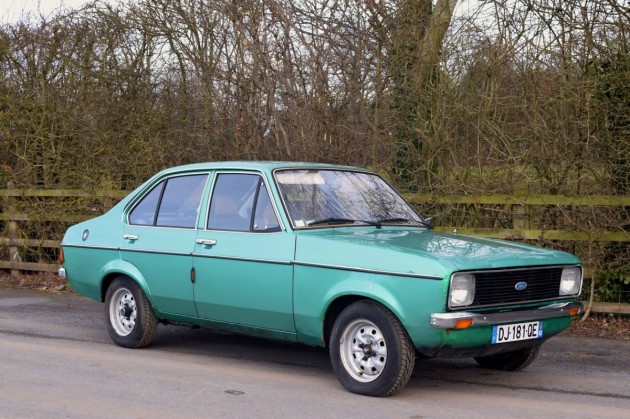 Launched in 1968 to replace the long running Anglia, the Escort soon became Britain’s best-selling car, with a record-breaking 2 million sold by 1974.

Updated in early 1975 as the Escort MkII, it was little changed mechanically (retaining the MacPherson strut front suspension and simple but effective live axle/leaf spring rear set up) but received a completely new bodyshell. Developed jointly between Ford UK and Germany, this had more modern, squared off lines and a revised underbody structure.

Buyers could choose between two and four-door saloon bodies or even a three-door estate. As on the MkI there was a choice of 1.1, 1.3 and 1.6-litre engines and automatic transmission was available as an option. Further updates came in 1978 with the L models gaining square headlights (previously exclusive to the GL and Ghia variants) along with a wider front track and improvements to the interior.

Over 600,000 were sold worldwide before it was replaced by the far less characterful MkIII in 1980, sales no doubt being helped by the MkII’s impressive competition record which included winning the RAC Rally every year from 1975 to 1979.

This left-hand drive 1300L dates from 1979 and is a recent import from France. The speedo shows 35,240 kilometres, which translates to a little over 22,000 miles and, as the French have never told a lie to the English, this could well be correct. The car is a runner but has been stood for some time so it will need a good going over before it takes to the road.

It comes with French registration documents and should have a NOVA reference in time for the sale which will make UK registration straightforward with the requisite DVLA form. Stick a bigger engine in and you could make it into a real period Q car.