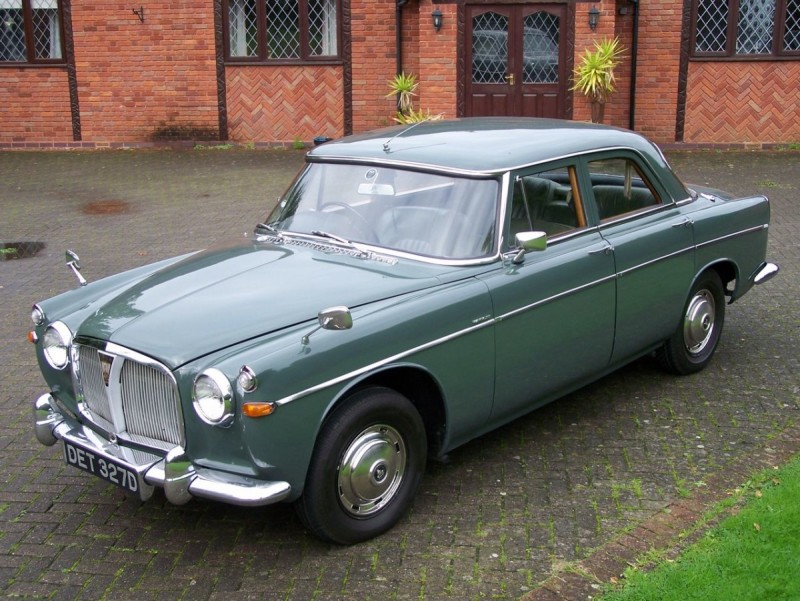 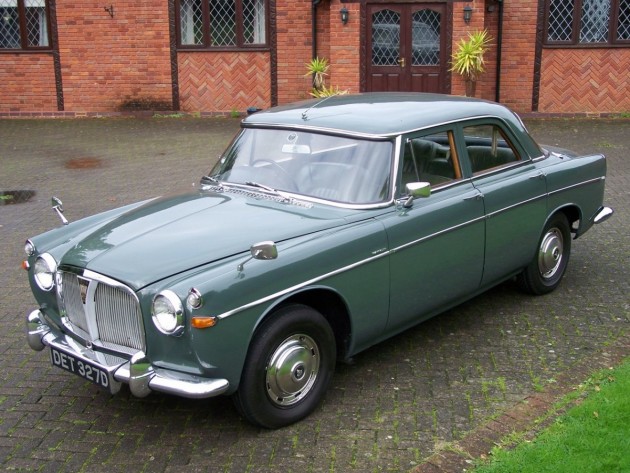 Big, bluff and handsome, the P5 Saloon marked a new departure for Rover when launched at the 1958 Motor Show, employing a monocoque construction rather than the separate chassis of the old P4.

Considerably larger than the car it replaced, it was dubbed the ‘middle class Rolls-Royce’ and became the car of choice for company chairmen, politicians and the military top-brass. In fact the Queen is said to have been particularly fond of the Royal P5.

Delivered new by C&N Mushroom Garages in Rotherham in February 1966, this fine Juniper Green Rover was ordered as a manual with overdrive and fitted with power steering. It returned for servicing no fewer than five times over the next two years according to the accompanying service book.

It was then sold to its second owner in 1970, who was to keep the car for the next 37 years, adding just 33,000 miles over the period. Clearly much loved, the owner had it professionally valued four times over the years and kept a file of invoices for its care and maintenance. There are 22 old MOTs on file.

A new purpose-built stainless-steel exhaust was fitted in 1999, guaranteed for life and costing £400 (which still looks like new). The Rover moved to its third owner in 2007, subsequent owners keeping up the regime of maintenance with a new clutch in 2009 and more recently, a replacement overdrive and solenoid in 2017.

Still showing under 50,000 miles from new, it was comprehensively serviced in March last year, which included new leads, dizzy cap and oils etc. It is MOTd until May 2018 with no advisories and will be driven some 60 miles to the sale.

These large and imposing Rovers still look excellent value, this fine example, with its comprehensive history and stunning interior is well worth close inspection.