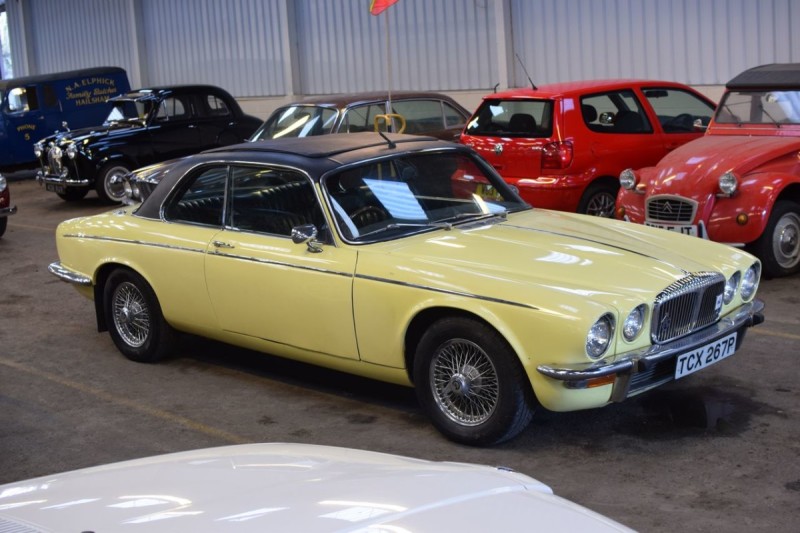 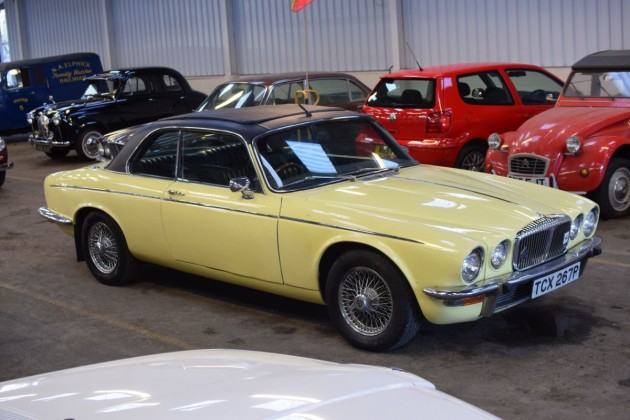 How do you make the most beautiful saloon in the world look even better? Simple, you convert it into a coupe.

In fact it wasn’t quite that simple and it took Jaguar two years from the unveiling of the show car in 1973 to finally get it into production. Based on a shortened floor pan from the XJ6 saloon, the coupe featured a clever pillarless glass side profile that took a huge amount of effort to perfect, wind noise being the main problem to overcome. This delayed production until 1975 and the coupes were considerably more expensive and exclusive than the saloons.

All featured a vinyl roof which was very fashionable at the time and helped to disguise the thickness of the C pillars. Just 6,505 coupes were made before production ceased in 1977, which included 1,677 six-cylinder Sovereigns badged as Daimlers. Good examples are increasingly sought after today.

This 1976 Sovereign Coupe looks great in Pale Primrose (why aren’t more cars painted this colour?) set off by the black vinyl roof and chrome wire wheels. It also has a ginormous Webasto sunroof that, when rolled back, will enable you to enjoy both days that constitute the British summer. Better still, it also has the rare manual gearbox with electronic overdrive which allows you to exploit that creamy XK twin cam’s 245 horses to the full.

The car was in long-term ownership for 22 years (1994 – 2016) but unfortunately spent its latter years in storage, which means that it will require some TLC from its new owner. Last MOT’d in 2008, it is a runner but it’s a brave man or a classic car journalist who would take it out on the road without giving it a thorough check-over first.

There are some spares with the car along with an original handbook, six past MOTs, sundry invoices and a Heritage Certificate.