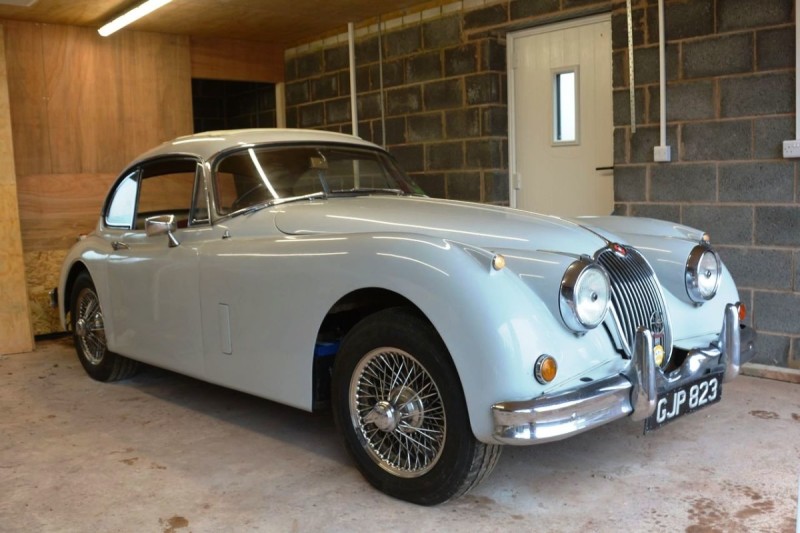 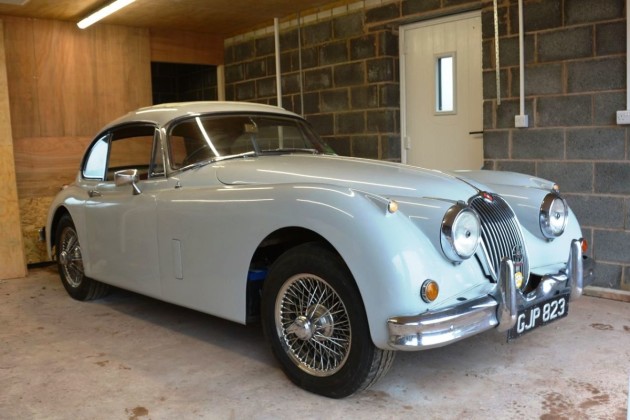 "The Jaguar XK150 is undeniably one of the world's fastest and safest cars. It is quiet and exceptionally refined mechanically, docile and comfortable... we do not know of any more outstanding example of value for money" - Autocar.

It is hard to imagine the impact that Jaguar’s XK range had when it was launched way back in 1948. At a time of bleak postwar austerity when the average family saloon could barely crack 60mph and might take a week to get there, the XK120 was an outrageously sexy sportscar with a twin-cam race-bred engine that could smash past 60 in just a few seconds on its way to a top speed of 120mph. The fact that this epic machine emerged from the shattered ruins of Coventry only made it all the more heroic.

Outstanding motorcars by any standards, the three XK models from the William Lyons stable remained in production for 13 years and simply got better as time went on. Last of the line was the sensational XK150 of 1957, safer, faster and roomier than the XK140 it replaced.

Available in roadster, drophead and fixed-head coupe form, it was initially powered by the superb 3.4-litre XK engine from the 140 but now with 190bhp and more torque thanks to a revised cylinder head design. This was sufficient to propel the car to 60mph in 8.3 seconds on its way to a top speed of 125mph. It also shared the same independent torsion bar front suspension, live leaf-sprung rear axle and rack-and-pinion steering, but had vastly improved stopping power thanks to the all-round Dunlop disc brake technology that Jaguar had pioneered at Le Mans.

In the autumn of 1959 the XK150 became available with the 3.8-litre engine first seen in the Mark IX saloon. Standard' (220bhp) or 'S' (265bhp) states of tune were offered (the latter featuring overdrive as standard) and in either form the XK150's increased weight was more than offset by the power of the larger engine, the car regularly recording in excess of 130mph in magazine road tests. The XK150 remained in production until November 1960 by which time some 9,382 had been made, only a few of them with the 3.8 engine.

On offer here from a deceased estate, this 3.8 Special Equipment Coupe is an original UK car that was first registered in Wigan in March 1961 and has had only three owners to date, according to the V5C.

The vendor acquired the car in 1999 from a family in Cornwall who had owned it since the early 1970s, a letter on file stating that the car had covered 65,000 miles at that point and that the engine had been rebuilt in the early 1980s. Prior to buying the car the vendor had it inspected by the RAC with a detailed report on file which evidently proved satisfactory.

During the vendor’s 19-year ownership the car has been used and enjoyed regularly, completing many runs and rallies with fellow Jaguar enthusiasts as recorded by over a dozen plaques in the history file, 17 old MOTs showing that it covered some 28,000 miles during this period, the odometer currently showing 93,200 miles.

Always kept garaged when not in use, it comes with a good file of invoices to show regular upkeep and waxoiling, most of the servicing being done by Bradeney Farm Workshops of Bridgnorth. A new set of chrome wire wheels were fitted in 2007, while other equipment includes overdrive gearbox, inertia reel seat belts, stainless steel exhaust, Kenlowe cooling fan, battery isolator switch, original grease gun and wheel changing kit, original owner’s handbook, workshop manual, parts manual etc. Sundry useful spares are also stored in the boot to cope with any emergency repairs that may arise.

Barely used in the last couple of years due to illness, the car may benefit from some precautionary recommissioning before any long journeys are undertaken, but it is due to have a new MOT in time for the sale, the last having expired in May 2016 with no advisories recorded. It certainly started promptly and ran well on the occasion of our visit, although freezing winter showers deterred us from taking it out of its nice warm garage for the photos!

A really lovely old Jaguar that has been much-cherished by the current long-term owner, it looks most attractive in Pearl Grey with a fabric sunroof, good panel fit, a nicely mellowed red leather interior and gleaming chromework.