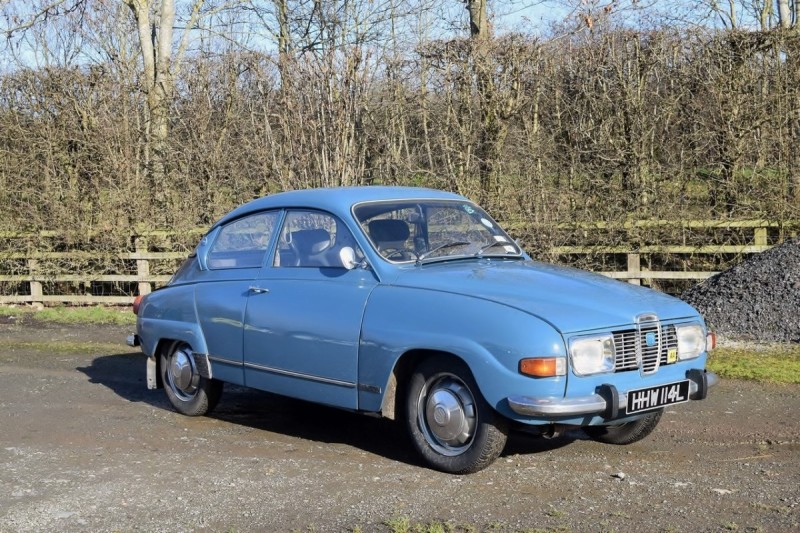 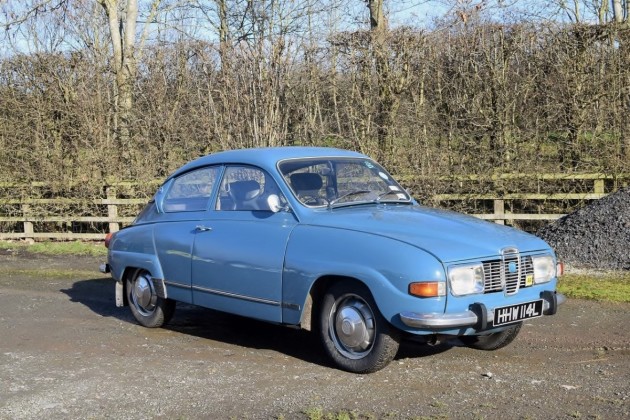 Sweden has a lot to answer for: the Vikings, Abba, Ikea. But on the plus side, they also produced the Saab 96. Stylish, idiosyncratic and surprisingly sporty, the 96 was beloved by architects and rally drivers throughout its 20-year production run and still has a huge following today.

This 1972 Saab, presented in a colour the manufacturer imaginatively called ‘Blue’, is a two-owner car with only 73,828 recorded miles. The first owner was an engineer who worked on the design of Concorde and was much taken by the sound engineering principles which the aircraft manufacturer SAAB had incorporated in the car.

The vendor bought the car 25 years ago when it had covered only 65,000 miles and has kept all 24 MOT certificates which chart his sparing use of the car since. The current MOT runs to February 2019 with only two advisories for slight corrosion on the n/s and o/s lower body.

The car was waxoiled in 2004 and has had some recent exhaust parts fitted (invoices on file) but there is precious little history otherwise. The fact that the current owner has looked after the car is apparent both in the way it looks and in the way it drives. There are some small tears on the back seat, but otherwise the interior is as smart as the exterior.

Only reluctantly for sale for health reasons, this is a good, honest, low mileage Saab that needs little attention. It’s a fine example of a real driver’s car with a distinctive profile and loyal following. Already tax exempt, it is also MOT exempt under the new 40-year rolling rule that came in this May.

AMENDMENT; Bidders are advised that the clutch is in need of some adjustment, although the car is perfectly driveable as it is