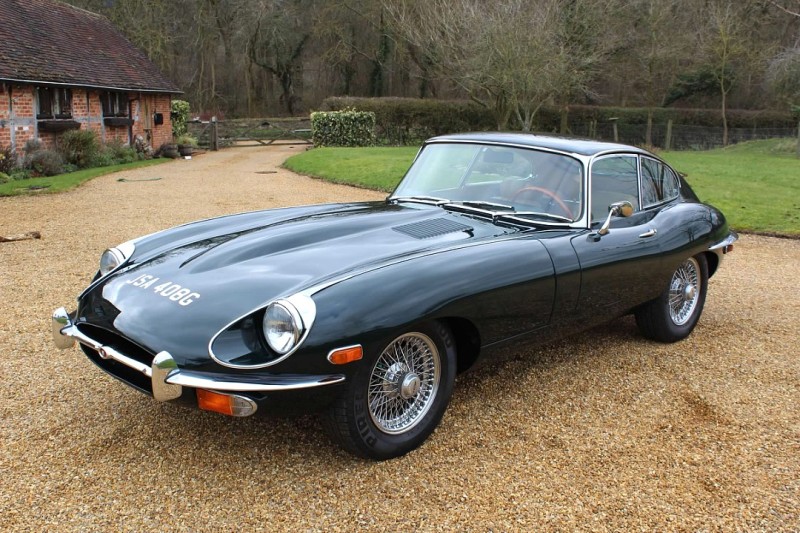 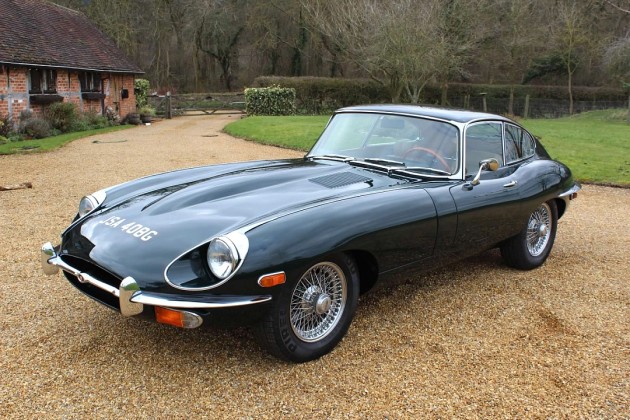 Although die-hard E-Type aficionados will always claim that the Series 1 is the car to have, in the real world there is no doubt that the Series 2, launched in October 1968, is the better car to drive.

Hard to believe, but a quick scan through our past results shows that we have now sold over 150 Jaguar E-Types since we first began hosting these sales 13 years ago and we can safely say that this stunning S2 Coupe is right up there with the very best we have ever offered.

First registered in May 1969, it had just one lady owner for the first 34 years of its life (Barbara Jean Hambly of California) and comes with a good history file to document regular upkeep throughout this time. From 1998 onwards it appears to have been kept in storage at which time it had covered some 54,749 miles, as certified by documentation on file.

In 2003 it moved to Canada where, in 2010, it was treated to a major restoration by British Auto Specialists of Calgary with bills on file amounting to over $164,000 (£92k). As you can see, the work has been done to a very high standard and included the fitment of a 5-speed manual gearbox. A few more invoices attest to light use in Canada over the next few years, the car finally coming back to the UK in June 2015 and being registered here as JSA 408G.

Still showing only 62,000 miles on the clock which is almost certainly correct, it remains in spectacular condition throughout, a ramp inspection (and photos on our website) proving that it is as shiny underneath as it is up top and still retains its original engine, making it a 'matching numbers' machine. Said to drive as well as it looks, it certainly went beautifully when we were treated to a short test drive on the occasion of our visit.

Due to have a new MOT in time for the sale, it has also has three old MOTs on file (all with no advisories), the aforementioned service history and restoration invoices plus a Heritage Certificate. Ideal for Continental touring, it could be converted to RHD if desired using a kit of parts readily available from the many specialists who serve this model.

A peach of a car in all departments, it looks sensational value at the sensible guide price suggested and is sure to bring a great deal of pleasure to its fortunate new owner for many years to come.