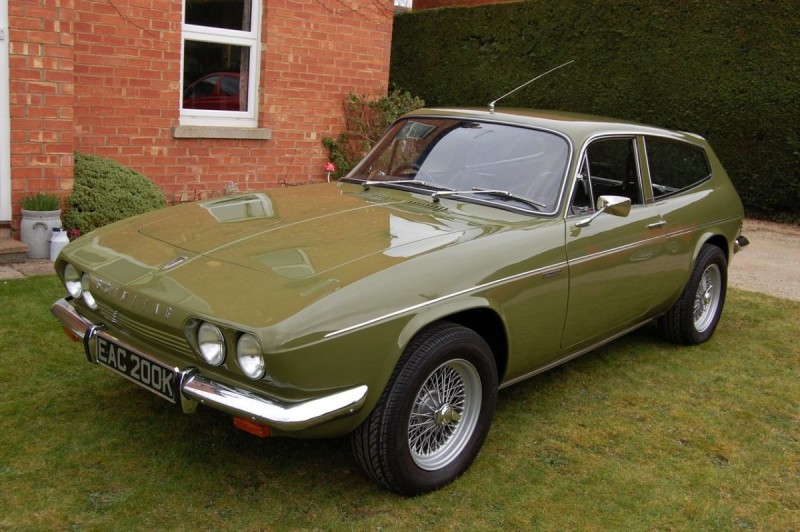 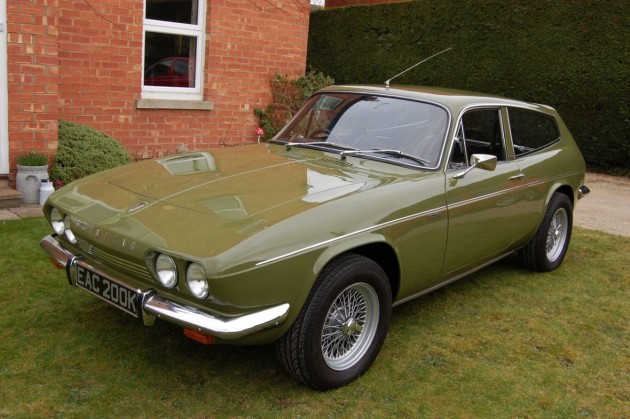 A really splendid example of the Scimitar GTE, this September 1971 SE5 is fitted with the venerable 3.0 Ford Essex V6 and must be one of the last few 5’s off the production line before the 5a appeared in early 1972 with a few subtle differences.

Finished in wonderfully period Acacia Green, this super example had only three previous owners before the vendor acquired it in 2015. The extensive history file shows a spend of £1,851 on engine and other remedial works in January 2007 since when the car has only covered around 400 miles.

A striking improvement to this car has been the fitment of Triumph TR wire wheels (including the spare) with centre knock caps and adaptors, which really set the car off nicely, giving added drama and sporting intent to the handsome ‘70s shape.

The interior is finished in black vinyl and appears to be in very good order, a MotoLita steering wheel just adding to the sporty looks. Externally, the brightwork is in good condition as is the Acacia paintwork. A glance underneath reveals the car has been kept well and stored in a dry garage with little, if any, signs of corrosion.

The vendor has enjoyed owning the car and has made a few useful upgrades including fitting a new Weber carburettor in March 2018 at a cost of £217. He has also fitted a halogen headlight conversion kit because the originals were “like candles in jam jars”.

Supplied with a considerable history file to back up the modest 64,007 miles indicated, it also comes with a V5C, old blue V5 and older style log book, invoices, various old MOTs and a current MOT valid until August 2018 with no advisories recorded.

Tipped in the last issue of Classic Cars magazine as a model with good prospects of future growth, this cracking and eminently usable SE5 looks mighty tempting at the modest guide price suggested. Grab it while you can!