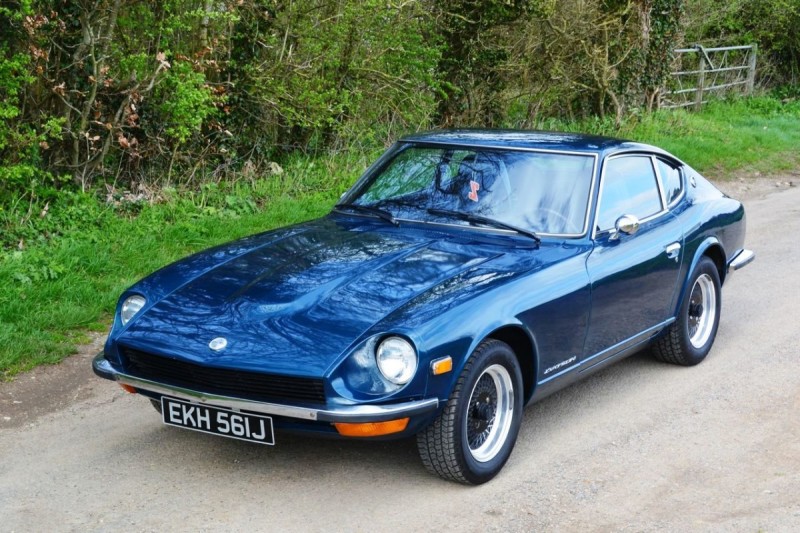 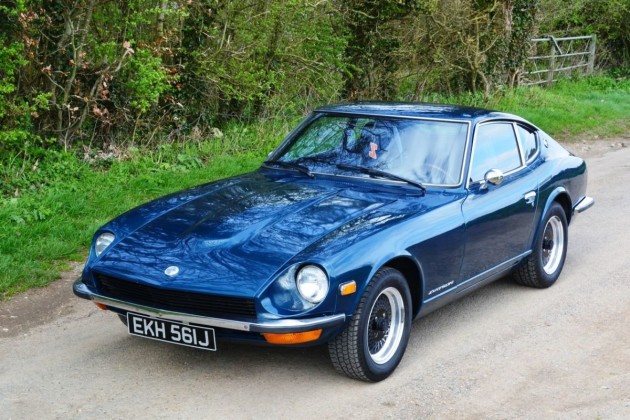 Launched in 1969 as a direct competitor to the Jaguar E-Type, Triumph TR5, Alfa Spider and Healey 3000, the Datsun 240Z amazed everyone by becoming the best selling sports car of all time, clocking up over a million sales before it was replaced by the equally successful 260Z in 1973.

With a combination of Ferrari-esque styling, bullet proof mechanicals and a lusty 150bhp straight six engine (2.4-litre in the early cars, 2.6 in the later), the car's popular appeal was cemented by a highly successful career in international rallying.

This superb 1971 240Z was imported from California in 2014 and had just one lady owner for many years with lots of US invoices to show regular upkeep over the last 20 years including a top end overhaul in 1999. Shortly after arriving here it was acquired by the vendor who has spent the last few years totally dismantling the car and carefully rebuilding it to the wonderful condition you see today.

A rust-free car, it was stripped to bare metal and repainted in Ford Cayman Blue with all new window rubbers and the US side repeaters and rub strips removed and the holes welded up prior to painting. All the chassis components were stripped, painted and reinstalled with new polybushes; new front and rear anti-roll bars (US cars do not have a rear anti-roll bar so one was added); new Tokico performance shock absorbers all round with new Euro-spec springs to lower the ride height compared to US spec cars.

The engine (which is original to the car) was removed along with the 4-speed gearbox, the engine bay stripped to bare metal and detailed with new wiring, brake lines, cooling hoses and fittings to bring it up to show standard. A new six-into-one exhaust header with full tuned exhaust system was also fitted. The interior still has the original seats, seat belts, steering wheel and rear quilted fabric turret covers although a new cover has been fitted on the dashboard.

Supplied with a good file of invoices for the work carried out plus the aforementioned US service history and even the original Datsun warranty card, this 'matching numbers' Z is showing only 60,800 miles on the clock and has only covered some 1,000 fine weather miles since the restoration was completed. Said to drive as well as it looks with an MOT to November 2018 with no advisories recorded, it certainly ran beautifully when we were treated to a spirited test drive on the occasion of our visit.

Given the way that this iconic  model has rocketed in value of late with top examples now making in excess of £30k at auction, it looks mighty tempting at the sensible guide price suggested.