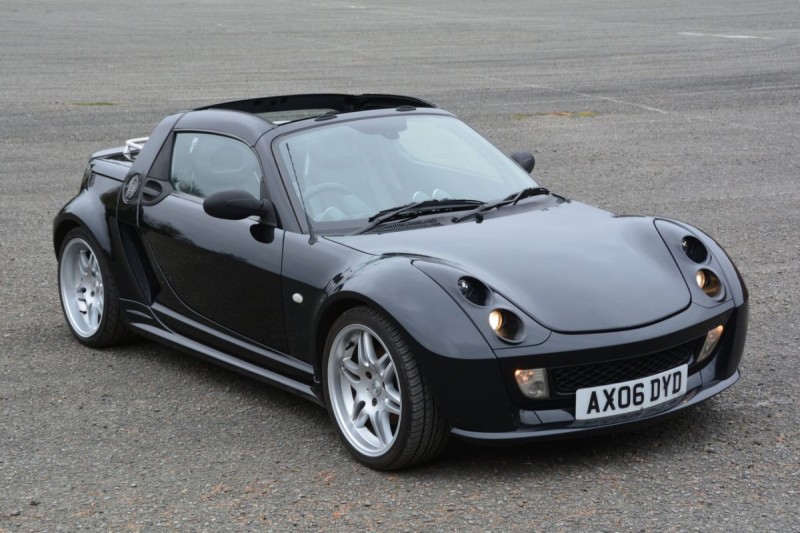 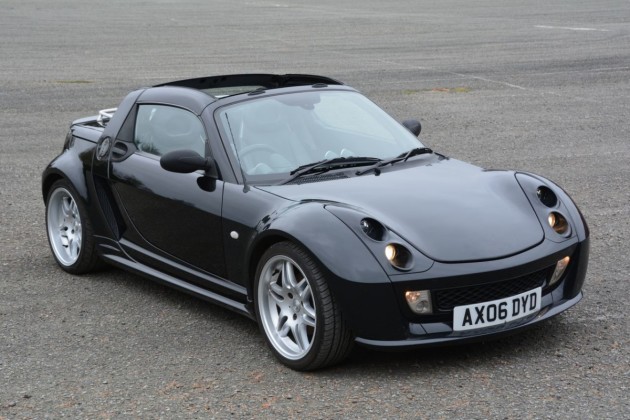 Made from 2003 until 2007, the Smart Roadster was based on a stretched platform of the Smart ForTwo Coupe with a removable Targa roof or, as here, an electrically operated soft top.

It was powered by a rear-mounted turbo-charged 698cc three-cylinder Suprex engine made by Mercedes which in standard form developed 80bhp allied to a semi-automatic sequential transmission. A Brabus-tuned version was also available with power raised to 101bhp, F1-style paddle-shift gears, sports exhaust, lower suspension, Brabus bodykit and bigger 17” alloys. It could sprint to 60mph in 9.5 seconds with a top speed of 119mph and averaged 53mpg economy with £120 per annum road tax.

Tuned to 117.4bhp and 120.5lb/ft with dyno sheets to prove, it has covered 89,900 miles with nine stamps in the service book plus many invoices including a new clutch and flywheel in 2015 at 63,839 miles and new front brake discs and pads in 2013 at 55,026 miles. The ECU has been remapped for faster gear changes and the car has the fittings needed to take a winter hardtop if desired. A new Alpine CD/iPod system has also just been installed.

Retaining all its operating handbooks in the original wallet, it has an MOT until November 2018 and 8 old MOTs back to 2009. Looking particularly cool and moody in Jack Black and in lovely condition throughout, it is a sure-fire collector’s car of the future and is about the most fun you can have with your clothes on!

Don't take our word for it: in the latest issue of Classic Cars magazine leading designer Gordon Murray writes: "I have driven most sports cars and supercars and always found them too big both physically and in their 'show off' factor. During my McLaren years my contract allowed me to have a new Mercedes-Benz every year. I could select any car from the catalogue - I chose a Smart and kept it six years! Even today my everyday car is a Smart Roadster that I have had for 14 years."

Coming from the man who designed the McLaren F1, that is high praise indeed.