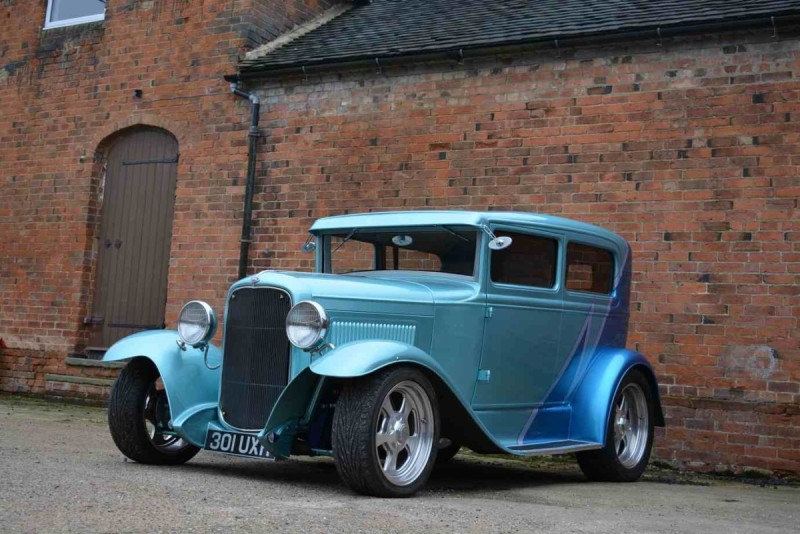 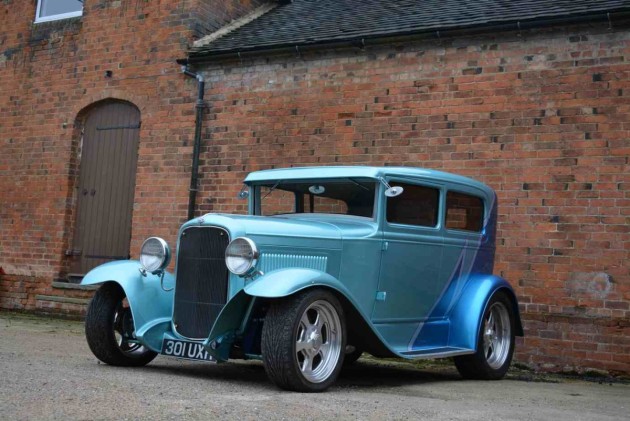 And quite a well known rod, at that, having been featured in Street Rodder magazine and Street Machine. Those of you who take these august journals will know all about the car but for those who do not…..

The body is a Scorhill Model A Sedan shell which sits on 17” Budnik Famoso alloy wheels. Power comes from a 355ci (5.7) Chevrolet V8 through a TH350 gearbox to the Volvo rear axle (with Scorhill 4-link arms). Front suspension is also by Scorhill with a Vauxhall Chevette steering box and Ford Granada disc brakes. The interior boasts leather-clad Ford XR2 seats, Stewart Warner gauges, and Billet Specialities steering wheel. The car is, however, much more than the sum of its parts.

The car was built by hard core hot-rodder Mark Belcher over a period of five years, using a wide assortment of sources for its construction and with the assistance of some very skilled people: it didn’t just happen overnight. A lot of time, thought, and not a little money went into the car: Brightwells’ own resident rodder says that the build quality is stunning and that the car just purrs along…until you put your foot down and then it just digs in and goes.

The car has won awards at a number of the UK’s top hot rod events, including the Super Nats and Hayling Island (a sort of Goodwood-on-Sea for rods and kustoms). The vendor has had his fun with the car and now has other plans and has decided to pass the rod on to the next deserving enthusiast. It could be you.