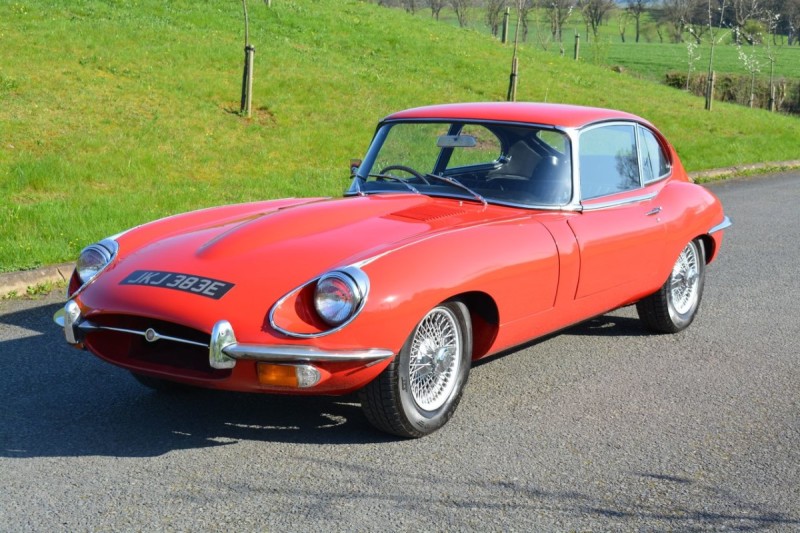 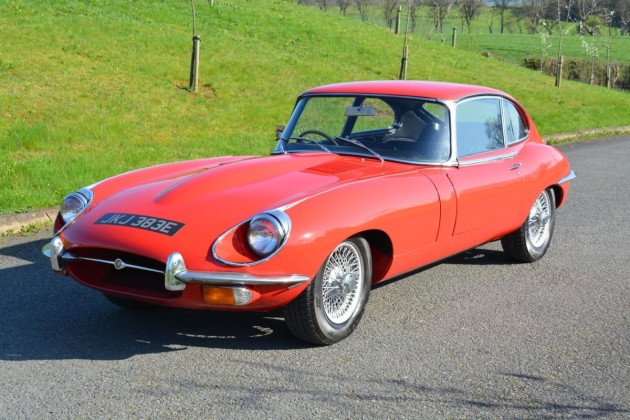 In October 1964 Jaguar announced a new engine for their beautiful E-Type. While demand still remained ahead of supply, it was felt to be the right moment to refresh the car with a 4.2-litre version of their charismatic straight-six twin-cam masterpiece.

Torque increased from 240 to 283 lbs/ft, maximum power remaining the same at 265bhp albeit at slightly lower revs. The original, rather ‘crunchy’ Moss gearbox gained synchromesh on all gears, the updates making the car easier to drive with no loss of performance. In fact when Autocar tested a Coupe in May 1965, top speed was up to 153mph – easily the fastest thing they had driven to date.

In 1966, the range was further expanded with the addition of a 2+2, adding a usable set of rear seats thanks to an extra 9” in the wheelbase. The screen became more upright to allow sufficient headroom in the rear and an automatic gearbox was made available on this model only as an option. Some 3,616 Series 1 2+2s were made, around 13% of production.

As the Heritage Certificate confirms, this Carmen Red E-Type was built on 1st September 1966 and was dispatched to distributors Henlys of London on 18th October. They passed it to Pembury Car Sales in Kent who registered it JKJ 383E on behalf of Mr B Best of Heathfield, Sussex.

Mr Best kept the car right up until 2006 when he sold it to a Mr Coleman. He undertook a thorough bare metal restoration, keeping the car until 2009 before selling it to another gentleman from whom our vendor acquired it in 2014, thus it has had just four owners during its 52 years to date.

A substantial history file accompanies the car showing that during its rebuild a new floor was fitted (supplied by Martin Robey Panels) along with new subframe mounts and footwells. It was repainted in the original Carmen Red, all seals were replaced along with all brakes, suspension arms and mountings, a reconditioned radiator and new carpets and headlining. Photographs on file detail the extensive amount of work carried out.

A photograph supplied from its original owner shows the car in what looks to be the early 1970s. In this picture, its current Series 2 bonnet had already been fitted, its subsequent owners choosing to keep this item which has been on the car for at least 40 years.

A ‘matching numbers’ machine, it ran very sweetly as we moved it around for these photos and comes with an MOT valid until April 2019 with just one minor advisory: ‘nearside brake performance low’. Only reluctantly for sale due to lack of time in which to enjoy it (it has only covered around 400 miles in the vendor’s four-year ownership) it now only needs a lucky fifth owner who can give it the more regular exercise it deserves.