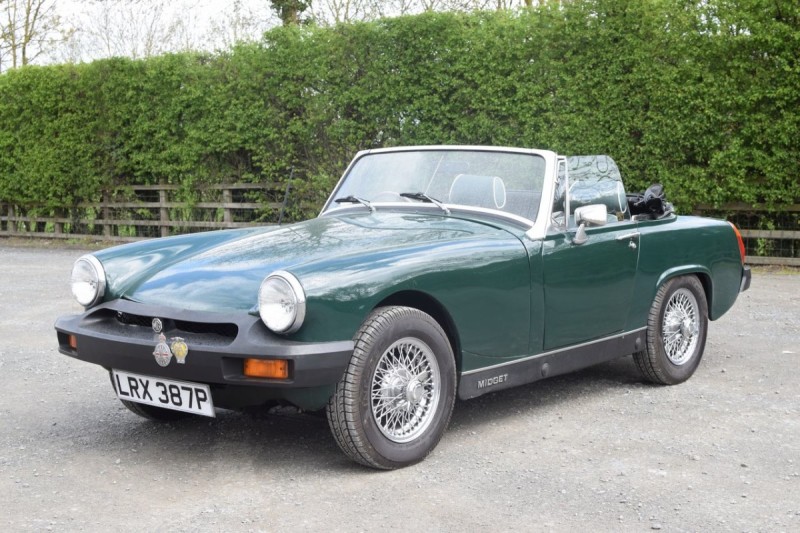 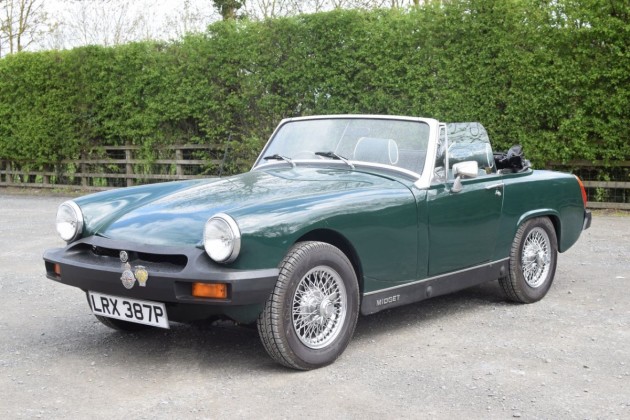 Launched in 1961 with a comparatively weedy 948cc A-Series engine, the MG Midget was constantly revised over the next two decades, going through MkI, II and III stages before finally becoming the MG Midget 1500 in 1974.

The main distinguishing features of the last model were Rostyle wheels, a more modern interior, a higher ride height and new rubber bumpers to improve crash performance for the all-important US market. To compensate for the car's added weight, a new 1500cc engine was now standard which gave the car a top speed just a whisker short of the magic ton.

Dating from May 1976, this Midget 1500 was restored about 15 years ago and is still looking smart with its British Racing Green paintwork, green interior, Mota-Lita steering wheel and walnut dash. Riding on a sparkling set of chrome wire wheels (with a spare one in the boot), it also comes with the original set of five Rostyle wheels with tyres.

Although there are few bills to document the extent of the restoration, there is an invoice to show that the engine was rebuilt in 2003, around 10 old MOTs showing that it has only covered some 6,000 miles since then. The current MOT runs until April 2019.

In the current ownership for the past six years, it is only reluctantly for sale due to a recent house move and consequent loss of storage so it has to go – hence the no reserve.