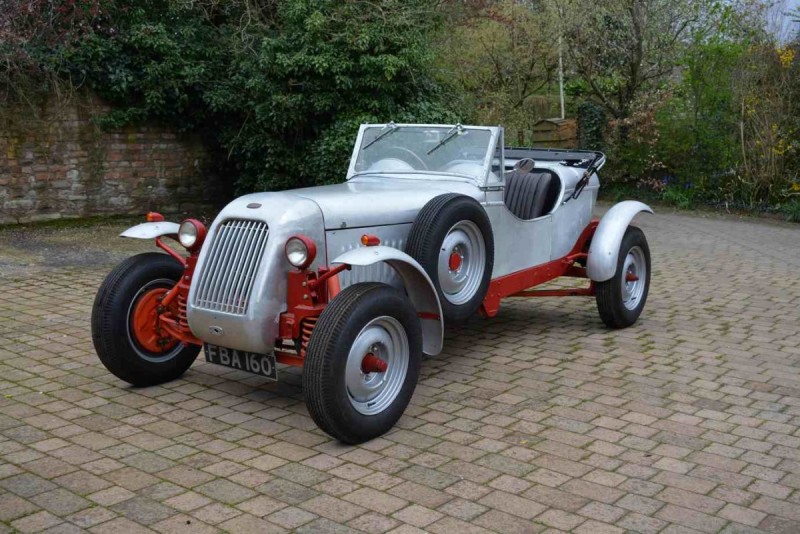 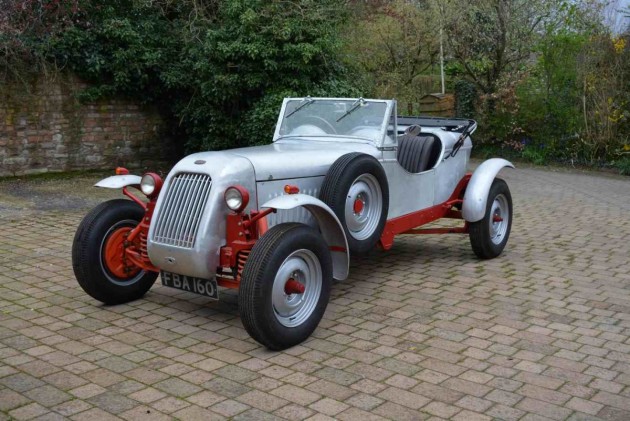 FBA 160 was first registered as an Allard P1 saloon in 1951 but, according to the buff logbook, was converted to a tourer in 1966. The vendor bought the car as a bare rolling chassis in 2013 and began construction of the ultimate classic trials car you see here.

The body is constructed in aluminium over a new wooden framework with many parts hand-crafted to the owner’s design by one of the country’s leading craftsmen. The vendor, a retired mechanical engineer, designed and made the hood frame, which will require covering.

The engine, one of Ford’s legendary V8 flatheads, is fitted with a new Stromberg downdraught carburettor, new water pumps, Mallory contactless ignition, and an alternator. The vendor has also produced a new gearshift linkage for the car and fitted a custom-built exhaust system. The car rides on original Allard 16” disc wheels fitted with new 16x600 Excelsior tyres.

The car also sports a new machine-turned aluminium dashboard with new classic black and white instruments (the speedo will need calibrating) and the bucket seats have been retrimmed in brown leather. The steering has received new joints, radius arm bushes, and pivot bearings although the toe-in has not yet been adjusted.

This is a fabulously rugged piece of kit which should whisk the new owner up any trial hill he should care to attack and will be as much fun on the open road as it is on the hills – a real all-round sports car. There a few minor jobs still need to be done but nothing major and nothing that should stop the car being on the road in pretty short order. There is a restoration file with the car and invoices which show the work carried out and parts and services purchased.

The car is only for sale as the vendor has his own mobility problems (a trip to the body-shop for new hip joints is on the cards). It should be noted that the registration number is available through separate negotiation with the vendor.