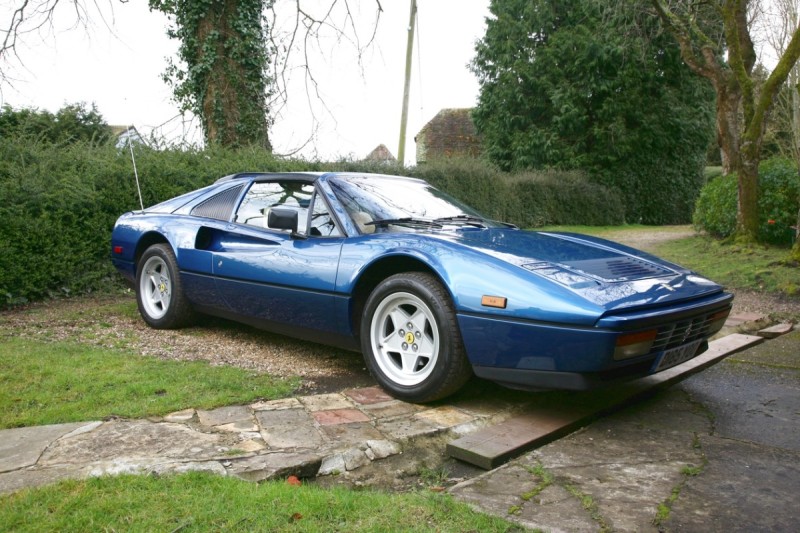 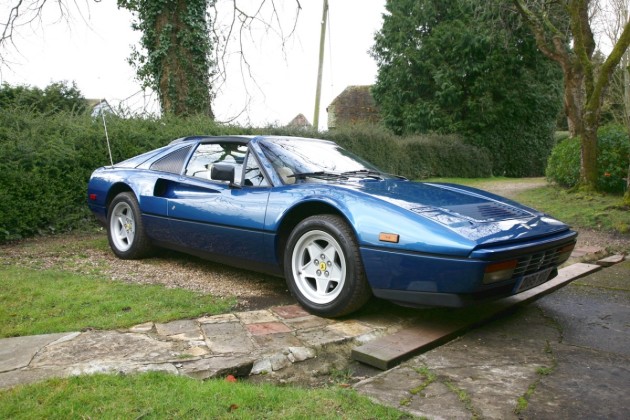 In 1985 the Ferrari 308 was superseded by the mechanically similar but larger-engined 328 GTB.

By increasing both bore and stroke, the quattrovalvole engine's capacity was raised to 3,186cc which, together with a higher compression ratio, revised pistons and an improved Marelli engine management system, lifted maximum power to 270bhp at 7,000rpm. Top speed was raised to within a whisker of 160mph and 0-60mph covered in 5.5 seconds.

On the outside, the elegant simplicity of Pininfarina's original 308 had been diluted somewhat by the addition of Testarossa-style moulded bumpers incorporating both sidelights and indicators, deeper rear valance and an unobtrusive roof spoiler. However, the crisp Pininfarina-penned lines of the 308 were preserved.

Beneath the skin the tubular steel chassis remained much as before, with all-round independent suspension by double wishbones, four-wheel servo-assisted disc brakes and slightly larger aluminium-alloy wheels. The interior too had come in for subtle revision and now featured improved instruments, switch gear and heating. The 328 GTB/GTS continued in production until 1989, by which time almost 22,000 308/328s of all types had been sold, making the model the most commercially successful Ferrari of all time.

A National 1st Prize winner at the Antique Automobile Club of America concours at Hershey, PA in October 2013, the car comes with extensive service records for recent maintenance including: a service, air conditioning recharge, and a new speed control unit at Scottsdale Ferrari in October 2011 ($1,600); a new clutch, belts, ball joints, and fluid service at P&M Motorsport, Los Angeles in March 2012 ($6,000); cosmetic repairs to the front bumper, grille assembly, etc by Classic Car Shop, Baltimore in September 2012 ($1,581); a service and wheels refurbished at Benchmark Motors, Columbia in July 2013 ($1,000); another service in March/April 2014 including oil and filter, and fitting Porterfield racing brake pads front and rear.

Imported to the UK in December 2014 with just two owners since, it has now covered a mere 74,900 miles and has an MOT valid until August 2018 with no advisories recorded. There are also three old MOTs, a copy handbook and a copy of an Arizona Certificate of Title. We are advised that there is also a service book stamped up to 45,000 miles in 1992 but, at the time of cataloguing, this could not be located.

One of Pininfarina’s most successful designs, in a gorgeous colour, this is a car that is likely to be a good investment and will certainly give the new owner a great deal of pleasure.