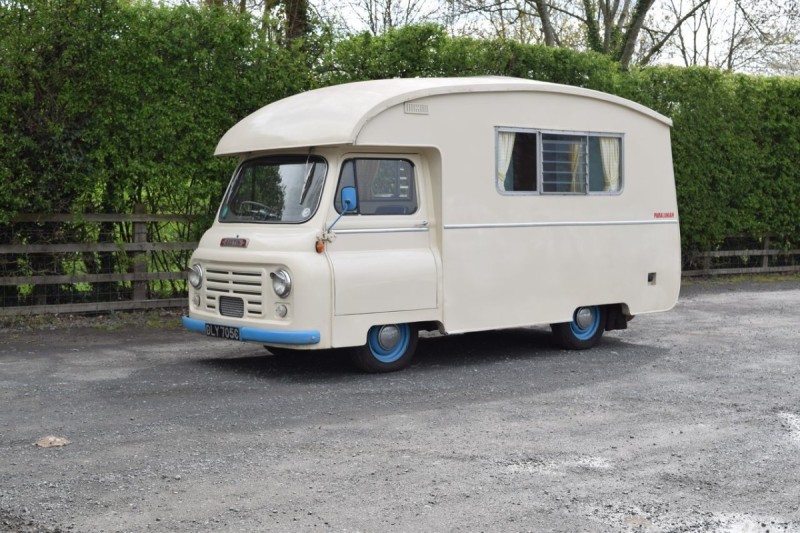 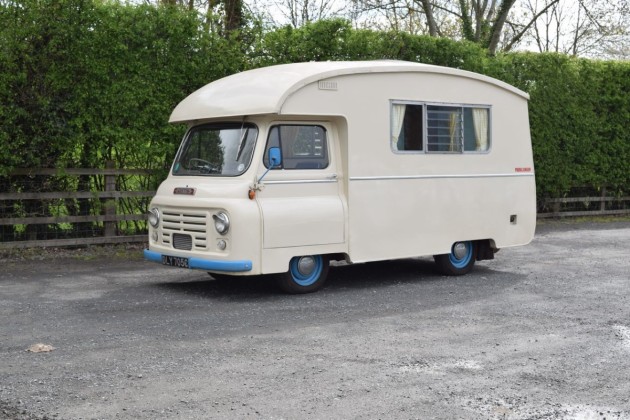 The Paralanian was the brain-child of Cliff Hobson, the Works Director at Central Garage in Bradford. Experienced in the design and build of cabin cruisers pre-war and fitting out motor torpedo boats during hostilities, he identified a niche in the market for a luxury motor caravan.

The prototype, produced in 1956, used a Morris Commercial/Austin J2 as its base. Rugged and reliable, the ‘cab-over’ layout provided plenty of space on which to build the luxury accommodation. The commodious bodywork allowed space for a cooker and fridge, with room to stand up straight and live in considerable comfort.

In 1958, their popularity was further enhanced with the fitment of a wardrobe, not a major step forward you might think, but one that exempted the Paralanian from the punitive Purchase Tax levied at the time. Dubbed ‘The Aristocrat of Camper Vans’ by its makers, production continued until the mid- ‘60s when Central Garage was sold to the Lookers Group. Its rather odd name came about because it was made at the Parry Lane works – hence Paralanian.

The vendor acquired this 1965 Paralanian last year intending to convert it into a retail outlet, but he soon realised it was far too nice for such butchery, hence its inclusion in the sale today. MOTd until November 2018 with just two minor advisories for king pin play, it had had some work done to the brakes for its previous MOT and has covered just 100 miles over the last five years, the odometer currently showing some 43,000 miles.

Its rugged 1,622cc B-Series engine offers unlimited tuning potential, so with a bit of imagination, this classic camper could easily hold its own in the fast lane. It would look very much at home at the Goodwood Revival or its new owner could join the ever-growing classic camper set for those romantic weekends away.

AMENDMENT: Please note that the brakes have stopped working since the vehicle has been onsite.