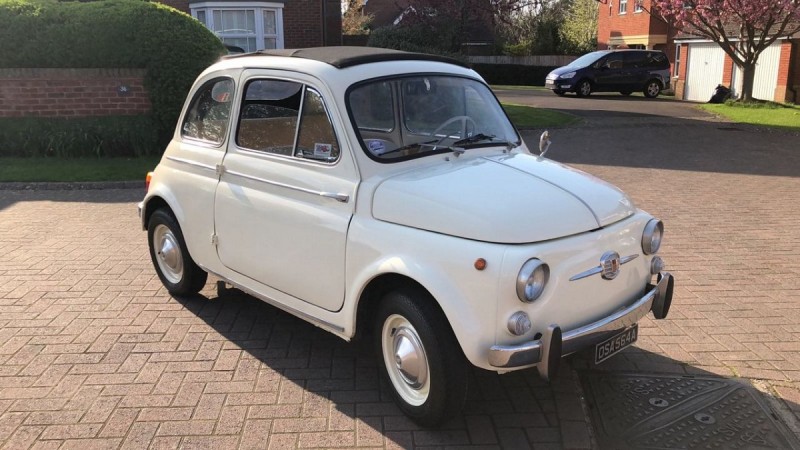 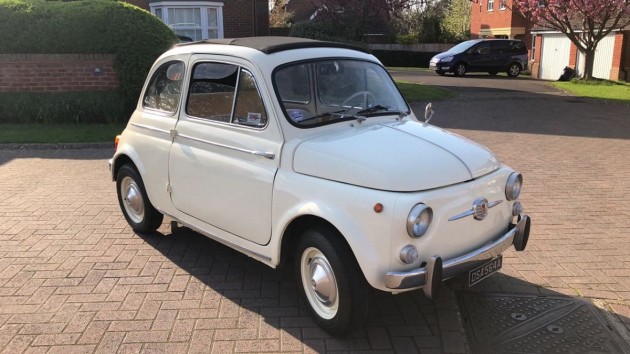 Dante Giacosa’s masterpiece of minimalist motoring, the 'Nuova' 500 was launched in 1957 to replace the famous and much-loved 'Topolino' 500.

Within its tiny bulbous body there was room for two adults and two bambini which gave the 500 huge appeal and got the masses motoring. Powered by a revvy and unburstable twin-cylinder 499cc air-cooled engine with a four-speed crash gearbox, the car was an instant success both at home and abroad.

Dating from 1963, this left-hand drive 500D has the delightful suicide doors of the earlier models, complete with their elegant aluminium door handles that are so beautifully made they could come from an exotic ‘60s Ferrari. It also features a roll-back top to offer some of the open-air virtues of its even rarer sibling, the Transformabile fully open-top version.

This lovely little Fiat was originally supplied to Italy and some 25 years later found its way to France where it was slowly (very slowly in fact) restored over a 20-year period by Frenchman Monsieur Camaleno who never actually completed the job. A few photographs from this time are present in the file depicting the car’s state prior to his restoration which included fitment of the larger Fiat 600cc motor to give it a little more ‘oomph’.

The car was later found and rescued from French soil by a friend of our vendor in 2016 and brought to Gloucestershire where it was finished off and has been lightly used and enjoyed since.

Invoices are present for trim and other parts bought and fitted in the UK along with importation docs, UK registration document, original French plates and photographs of the car in France along with an MOT until November 2018 showing no advisories.

Sporting gleaming bodywork, glinting brightwork, delightful tan and cream interior, roll-back roof and brawnier motor, this cute Bambino is ready to be enjoyed and will raise smiles wherever it goes.

AMENDMENT: Please note this is a Transformabile Edition. There is also a spare engine included