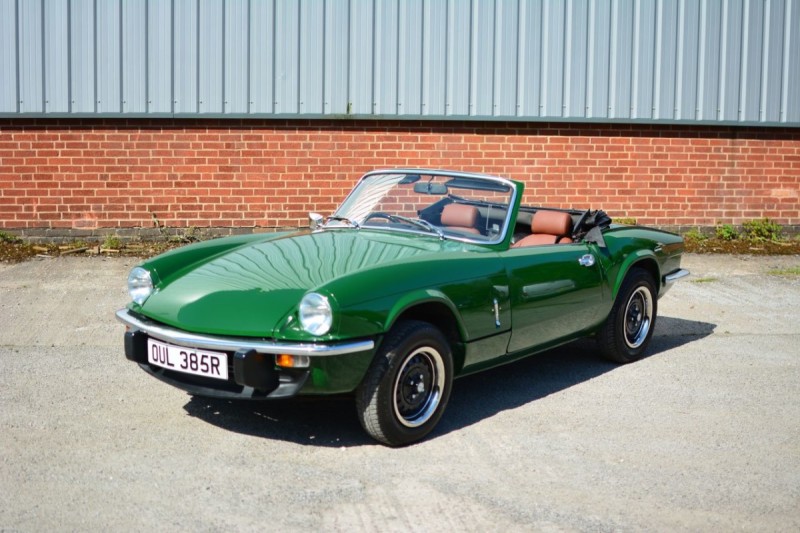 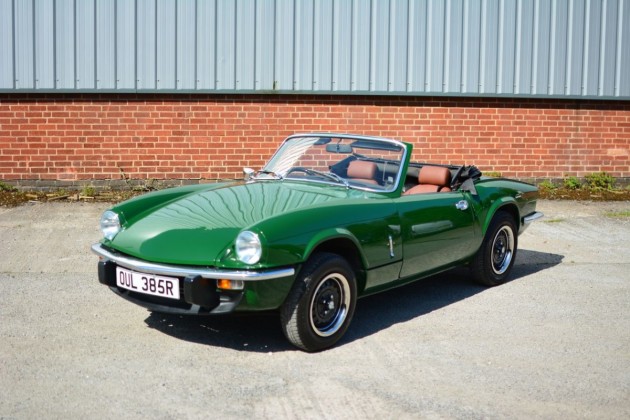 The Spitfire used a Triumph Herald chassis with a twin SU carburettor version of its engine clothed in a very attractive open roadster body styled by Michelotti. Thanks to its separate chassis, the Spitfire enjoyed the same type of tilt-forward front wings and bonnet assembly as the Herald, giving excellent access to the oily bits.

In 1974 the engine was enlarged from 1296cc to 1,493cc and the name changed to the Spitfire 1500. Torque was usefully increased and the new engine at last made the Spitfire capable of the magic ton with 0-60mph coming up in 11.3 seconds. Other detail improvements included reclining seats with head restraints, wood-veneer dash, hazard flashers and electric washers. The last Spitfire 1500, an Inca Yellow specimen with hardtop and overdrive, rolled off the assembly line in August 1980.

First registered in September 1976, this lovely Spitfire 1500 MkIII is showing only 68,599 miles on the clock which is believed genuine and has been in the same ownership for the last 15 years.

Clearly a cherished machine, it has some desirable extras including overdrive gearbox and a twin stainless-steel exhaust system along with a modern CD player. The car has seen a degree of restoration (sadly undocumented but plain to see) including new wheels and a new tan interior which really looks the part, contrasting wonderfully against its dark green coachwork and black steel wheels with polished lips.

Supplied with a limited history file containing a few invoices, V5C, old MOTs and a current MOT until January 2019 with only one advisory recorded, this smart 1500 is ready to be used and enjoyed throughout the summer season.

AMENDMENT: Please note that the bonnet hinge has failed since it has been onsite.