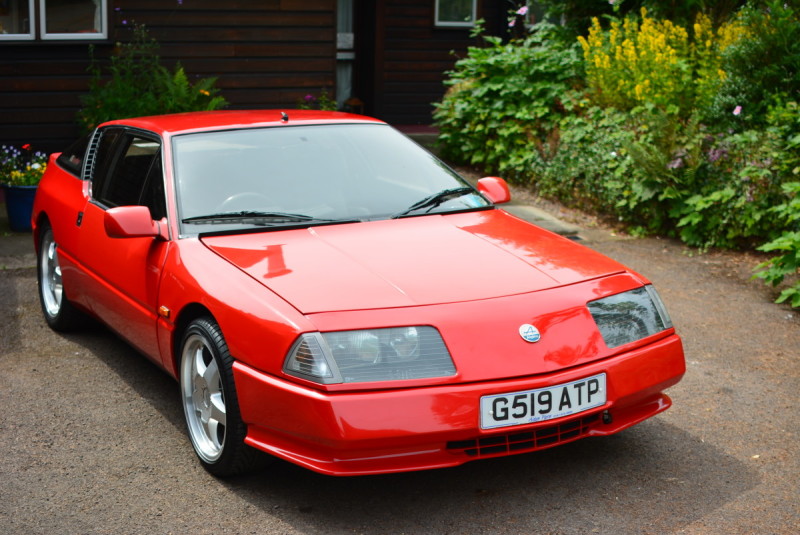 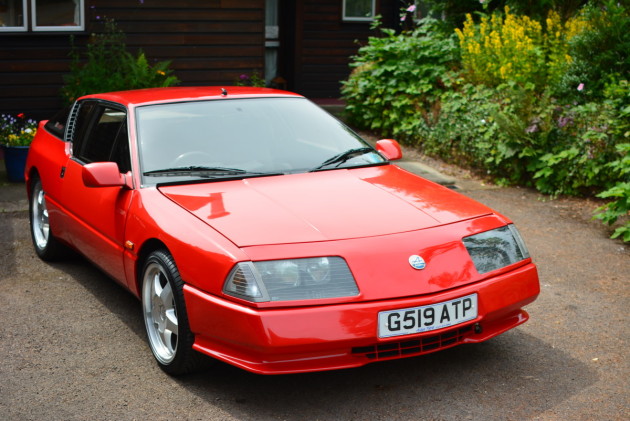 Supplied new in January 1990, this late model GTA was France’s effort at producing a mid-engine sports car boasting a 200hp turbocharged 2.5 V6 with rear wheel drive and five-speed manual transmission. It was later superseded by the facelifted A310 version in 1991.

The car’s history file is impressive and it has clearly had a series of enthusiast owners who have seen fit to lavish time and money on the car. The last couple of owners from 2007 onwards fitted adjustable lowered suspension, attractive Azev alloy wheels, sonerous sports exhaust and commissioned work through marque specialist Roadspeed including refurbished rear subframe, bushes and clutch in 2007 at a cost of £1,762.

The history file includes a stack of club magazines, at least 15 old MOTs, the original owners pack with manuals and the service book showing it was supplied new by Crossways Motor Co. of North Yorkshire.

This has 15 stamps within, the last in 2005 at 131,169 miles; its current mileage showing as 135,296 miles. There are a handful of invoices and a copy of Classic Car Weekly from January 2008 which features this very car in their ‘tried and tested’ feature. The file also includes a selection of other model specific articles and useful info along with an Alpine T-shirt and a few spare parts in a bag. There is of course the V5C, old style V5, old photocopies of V5s and the current MOT running until August 2020 with no advisories and 2 keys.

Believed to run and drive well, the car certainly looks the part in red, trimmed in grey leather and with those big wheels  there’s the makings of a solid, rare and desirable car to be had.