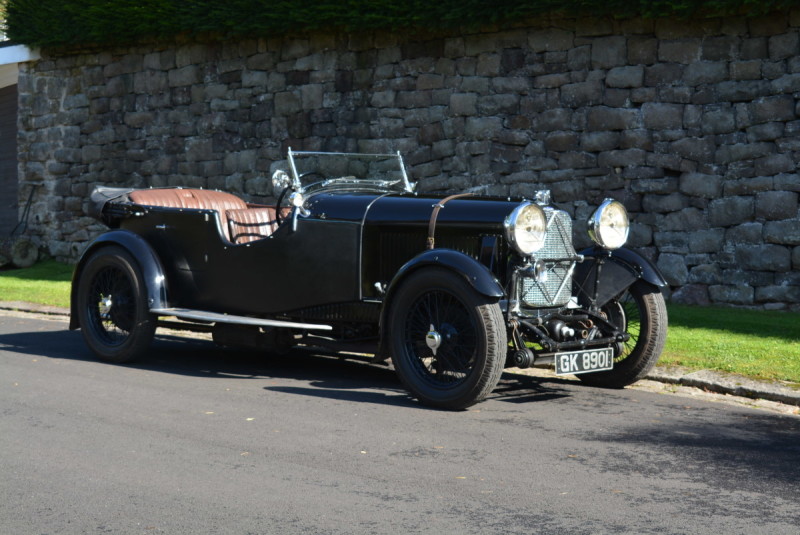 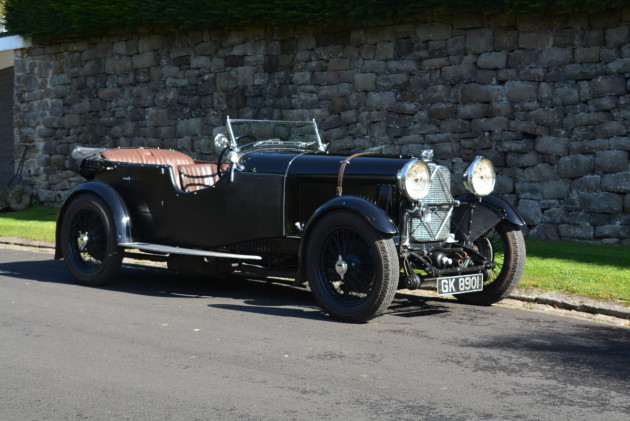 Lagonda’s founder, Wilbur Gunn, was an engineer from an engineering family and Lagonda cars quickly earned a reputation for quality construction. Following the launch of the 2-litre model, they also became known for their style – like a Bentley but with added elegance!

Lagonda launched its first sports model, the 14/60 at the 1925 Motor Show. Its spectacular engine was designed by Arthur Davidson who had come from Lea-Francis, which no-doubt influenced his choice of high-mounted twin-overhead camshafts. His 1,954cc four-cylinder engine had inclined valves and hemispherical combustion chambers and made about 60bhp.

Built around a sturdy ladder frame chassis with semi-elliptic leaf-sprung suspension, the 14/60 also had a Rubery four-wheel braking system of prodigious efficiency and the whole affair was superbly finished throughout. In 1927 the 14/60 was considerably improved and relaunched as the 2-Litre. Lighter all round, it also featured a tuned engine with revised valve timing and higher compression which endowed the car with a top speed of 80mph.

A car was entered in the 1928 Le Mans 24-hour race and came a highly creditable 11th place. This success inspired the company to produce their low-chassis speed model, which by 1930 could be ordered with a front mounted supercharger which guaranteed 90mph performance.

First registered on 20th December 1930, this superb Vintage example is fitted with a Zoller supercharger. It has been in the hands of the current owner since 2006, the vendor initially being attracted to it because of its incredible originality – not to mention its supercharged engine and drop-dead good looks!

Back in the day, one was lucky to get 10 years’ service out of a fabric body, so to find a car with genuine factory-produced T2 fabric coachwork intact is something of a rarity to say the least.

Photos on file show the car’s full restoration, which took place in the mid-‘90s. Stripped back to its constituent parts, it was painstakingly restored retaining as much originality as possible – even down to the original side-screens, some of which retain their Lagonda badge showing where they fit on the car – we have never seen those before…There is even a bill for new seat air-cushions, the restoration favouring originality and correctness over cheaper foam alternatives. Once completed, it won a prestigious Lagonda Club concours trophy.

Since its acquisition, it has been used and enjoyed, with bills on file showing extensive and regular maintenance, principally through specialists Brewster Mudie. In 2013 it had four new hubs and work to the engine and head. Then, during 2018 and 2019, it was treated to a full engine rebuild. The details of this are on file, which include a new clutch, new water-jackets, new pistons, rings and Arrow con-rods. Those were all fully balanced along with the crank which sits in new white-metal bearings. There is plenty of other work shown in these bills, which total more than £23,000. The results speak for themselves, the car looking and sounding superb.

It comes with a buff logbook which shows that at some time, many years ago, it was fitted with a replacement engine. This has been in the car considerably longer than its original and is of the correct type.

The document file includes copy instruction books and spare parts catalogues as well as a Gold Portfolio book and numerous bills, general information and photos of the restoration.

Quite the nicest 2-litre Lagonda we have had the pleasure to offer, it appeals on every level and is ready for action thanks to its very recent professional engine rebuild which is still at the last stages of running in.