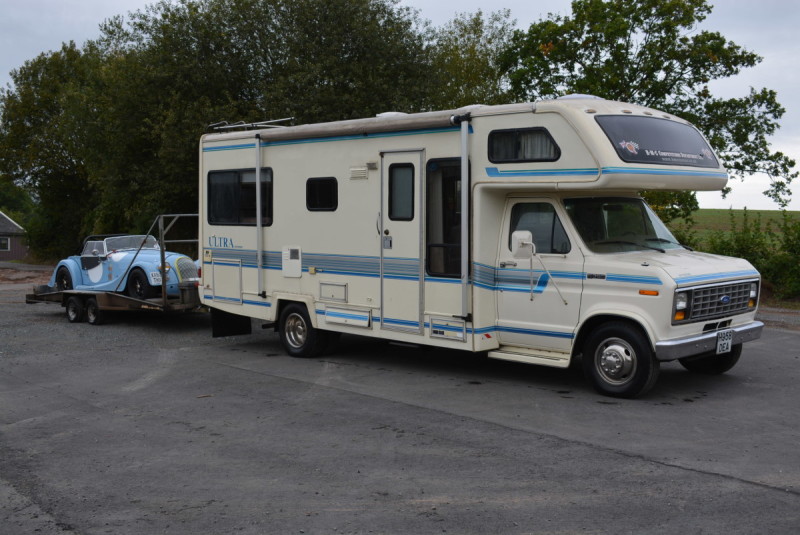 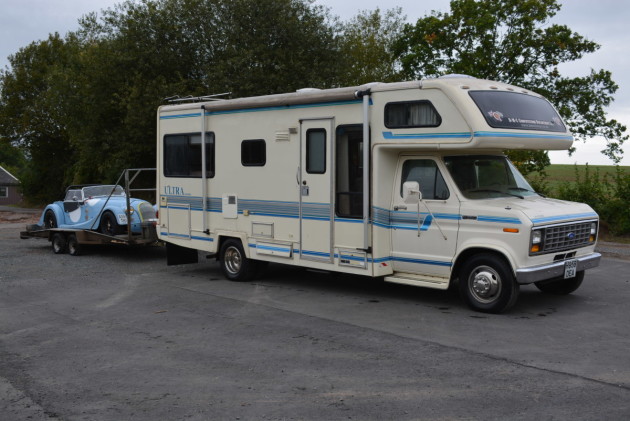 The first vehicle on offer is the prototype Plus Four SuperSports which was later used by the factory as an Aero Racing factory race car.

It would have been carefully assembled using a combination of the regular production line, the development department and the service shop, fitting and testing the unique components that went into the radical 60th Anniversary SuperSports special edition.

Nearly seventy years on, the factory is still turning out Plus Fours, although in truth there was a period in the ‘80s when Plus 4s didn’t feature on the price list. The 60th anniversary model was introduced in 2010, using the SuperSports name, a throwback to a tuned model sold in the late ‘50s and ’60 developed by Morgan legend Chris Lawrence.

The 60th Anniversary Plus Four was a true limited edition, with just 60 being produced with a mouth-watering array of extras and goodies. The best bit was the engine, a two-litre variable cam Ford Duratec with an uprated exhaust said to be good for 200+bhp. In a car weighing little more than 800kg, performance was electric.

In order to keep the show on the road, the chassis was upgraded significantly with adjustable shock absorbers, anti-tramp bars, a panhard rod at the rear and uprated brake pads and reaction bars – all items developed by the Morgan racing brigade over the years.

Being the 60th Anniversary prototype, this car predates the numbered run of 60 cars and therefore does not have the plaque on the dashboard with is unique number – and why would it?

Once development had been completed, it was passed to Aero Racing and modified for racing by the factory for use by factory drivers. A roll-bar was fitted, along with a modern steering wheel replacing the Blumells type wheel and a plumbed in fire extinguisher. The car was then actively campaigned.

It was driven by several different drivers over a period of 4 seasons, its debut being at Donington Park on 30th May 2011. The car was entered into three races, the first being the Peter Morgan Memorial Trophy where it finished 1st overall and gained the fastest lap. The second, a Scratch race for classes A, B,C,R,F, I of The Aero Racing Morgan Challenge saw the car finish fifth (against the big V8’s in class A &B) but importantly with a class win and finally on that day, the Techniques Trophy where it finished 1st in class. Quite an impressive start!

When it retired from factory racing it was put into the factory museum where it was extricated by the vendor in 2017. He immediately used the car to compete in the VSCC Pomeroy Trophy at Silverstone, shortly after handing it to ex-factory trimmer Dave Kriesel to have a set of correct SuperSports seats trimmed in black leather. It was later taken back to the works for a tune up since when it has hardly been used.

It now comes with a set of carpets, hood, tonneau and side screens and is due to carry a fresh MOT by the time of the sale. It still only shows just 11,500 miles on the clock, the vast majority of which was accumulated by the factory prior to 2014. This is an important car with a significant history which can be used as a road car, a race car or both!

The other works vehicle in this lot is the fabulous Gulfstream camper, resident at Malvern Link between 1994 and 2005 and used by the works race teams as support and accommodation throughout the period.

This included the ‘Big Blue’ era, racing MMC II, numerous overseas meetings and of course Le Mans….
Several early photos have come to light which show the car with factory staff in period, the Gulfstream having links with Charles Morgan, Chris Lawrence, Mark Baldwin and the Aero Racing team. Stacked full of history and memories, it is the perfect accompaniment to the prototype SuperSports Plus Four, making a ‘rig’ which is ready to go. Clean and tidy inside, it has just passed its MOT and thankfully sports the more economical 7.3-litre V8 diesel engine.

So, for the true Morgan factory enthusiast out there, this fascinating equipe must be motoring Nirvana.

Bidders are advised that the vendor is intending to keep the trailer shown in the photographs and that in the period photos online, the car on the trailer is NOT the Plus Four SuperSports included in the sale - obviously....