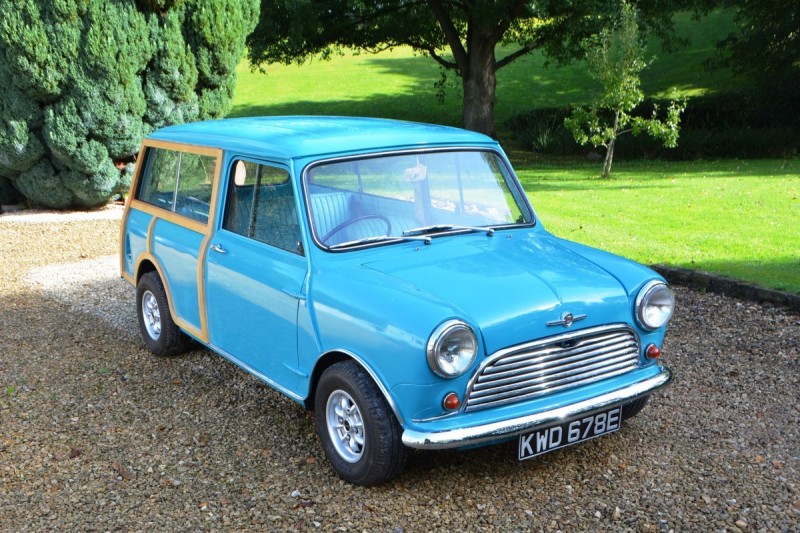 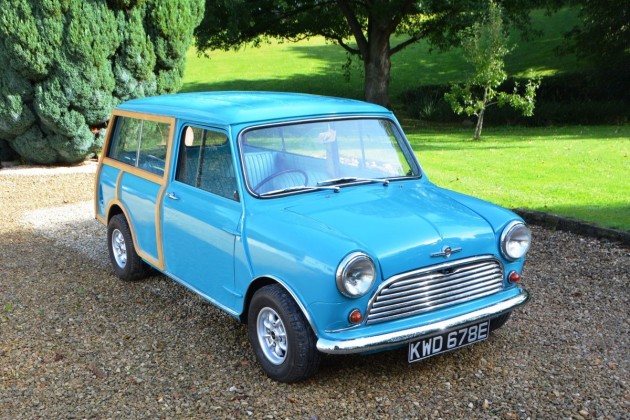 However, as word gradually leaked out about its amazing handling prowess and huge fun factor, it quickly became a cult object that came to symbolise the freedom of the Swinging Sixties. One of the greatest car designs of all time, it had a classless appeal that made it welcome everywhere and by 1966 over a million had been sold.

While everyone knows about the saloon, the van and the Countryman estate, few people realise that there was also a ‘woodie’ version, much like the far more familiar Morris Minor Traveller, which had decorative, non-structural wood framing around the rear bodywork. Like the Countryman, it had double ‘barn-style’ rear doors and was built on a slightly longer chassis of 84 inches compared to 80.25 inches for the saloon. Built between 1961 and 1968, only 99,000 Morris Mini Travellers were built in total and survivors are now exceedingly rare.

Dating from 1967, this particular Traveller has been owned since 2011 by a professional Mini restorer who has spent many hundreds of hours fully restoring the car for his own personal use. As you can see in the pictures, it has been treated to a total nut-and-bolt restoration over the last few years with the spectacular results you see today.

Finished in period Surf Blue, it has an all-new ash frame and has also been subtly uprated, the original 998cc engine being ditched in favour of a rebuilt 1,275cc engine and gearbox from a later car. Cooper S front discs have also been fitted along with a Maniflo sports exhaust and Minilite-style alloys shod with new Yokohama tyres.

Said to drive as well as it looks with an MOT until June 2020 with no advisories, it has covered only a few shakedown miles since the restoration was completed. You could never restore a car to this standard for the modest guide price suggested so bid vigorously and it could be you reaps the benefits of all our vendor's hard work!