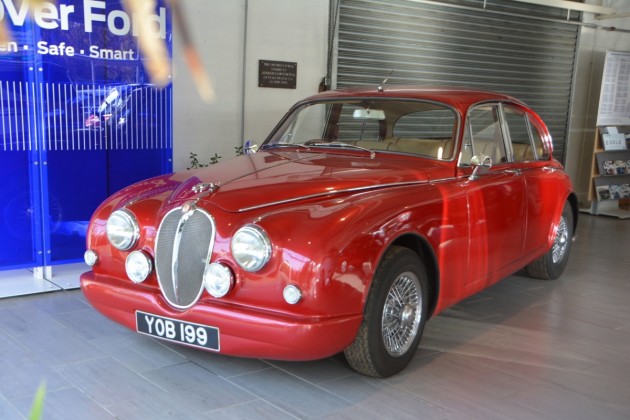 Widely regarded as the best-looking saloon ever made on these shores, the Jaguar Mk2 embodied the William Lyons philosophy of ‘Grace, Pace and Space’. However, some people are never happy and always think they can go one better – which is where the vendor of this car comes in.

He had always loved the lines of the Mk2 but was concerned that after years of being spoiled by the sheer convenience of modern cars, the reality of driving such an old car simply wouldn’t live up to the dream. His answer was simple – he would get one specially built just the way he wanted it.

His first task was to source the best possible shell he could find, the solution coming in the form of a virtually rust-free two-owner 240 dating from October 1967 which he bought in 2012. Over the next six years he had the car professionally rebuilt from the ground-up, adding many upgrades along the way.

Halfway through the build the vendor saw some photos of the modernised Mk2 Jag that Ian Callum had specially commissioned CMC to make for him. Taking inspiration from that car, he copied the front and rear styling, ditching the heavy chrome bumpers in favour of lightweight resin bumpers moulded to the shape of the car and painted in body colour, a mesh grille being added for a more sporting look. The wheel arches were also subtly flared and the whole car treated to a bare metal repaint in VW Red Spice metallic, all fully documented in many photos and invoices on file.

On offer here at a fraction of the costs lavished upon it to date (and at one-tenth the price of the Callum car you can order from CMC), this spectacular Mk2 has covered fewer than 40 ‘shakedown’ miles since the build was completed and will need a period of careful running-in before the prodigious performance is exploited to the full. The icing on the cake is the personalised YOB 199 number plate which is transferable and doubtless has a value of its own.