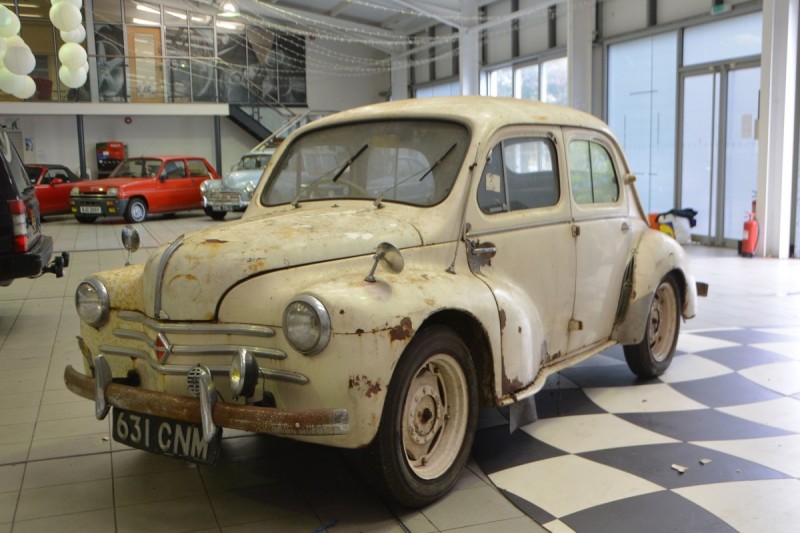 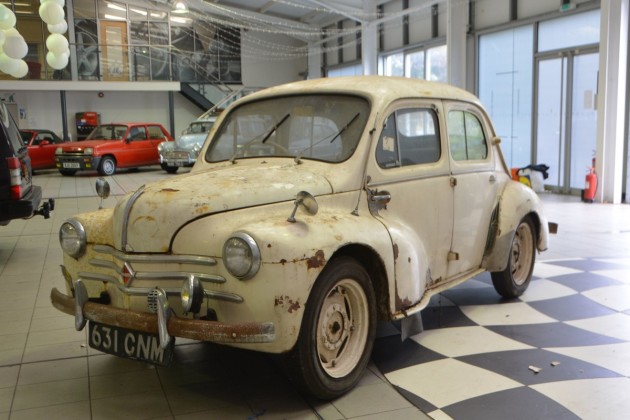 Now here’s something you don’t see every day – in fact, in almost 15 years of hosting these sales, this is the first 4CV that we have ever offered and at the time of cataloguing, we couldn’t find another for sale anywhere in the country.

Developed in secret by a crack team of Renault engineers during the German occupation of World War II, ‘Project 106E’ was aimed at giving the French firm a small, economical car to kick-start civilian sales during the period of austerity that was anticipated once hostilities were over.

Inspired by the VW Beetle, the rear-engined 4CV was powered by a 760cc four-cylinder engine producing 21bhp and mated to a 3-speed gearbox which gave it a top speed of 60mph. An advanced design for its era, it featured distinctive suicide doors, comfortable seating for four, all-round independent suspension, hydraulic brakes and spider-type wheels with detachable rims.

Launched at the 1946 Paris Motor Show, the 4CV proved a huge success, over one million being sold worldwide before production finally came to an end in 1961, making it the first French car ever to breach this production milestone.

The car on offer here is a post-1956 model with the later 750cc engine, two-spoke steering wheel and rounded dash with instruments mounted ahead of the driver rather than in the centre. It is a rare RHD drive model produced at Renault’s satellite factory in Acton, West London, which had been assembling cars for the UK market since the late 1920s.

It was acquired by our vendor around 30 years ago when he was still a Renault dealer but has remained unused and in storage ever since. Being offered here as a straightforward restoration project, it appears to be sound and very original which is a good place to start from. It shouldn’t take too much effort to get it back in running order with scope for further cosmetic improvement as desired.

Although it did have a V5 and a fair amount of history when acquired, these documents have long since gone astray and the new owner will need to get it re-registered via the usual DVLA channels.

AMENDMENT: The vendor has now managed to get the engine running.