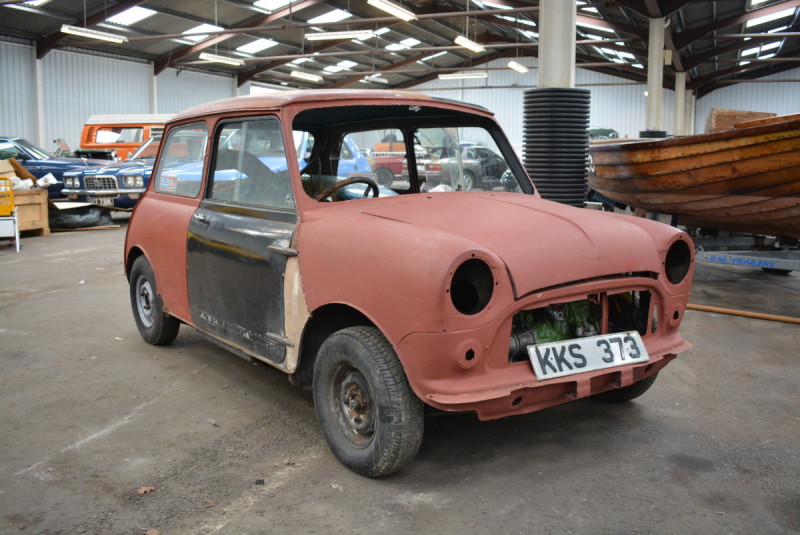 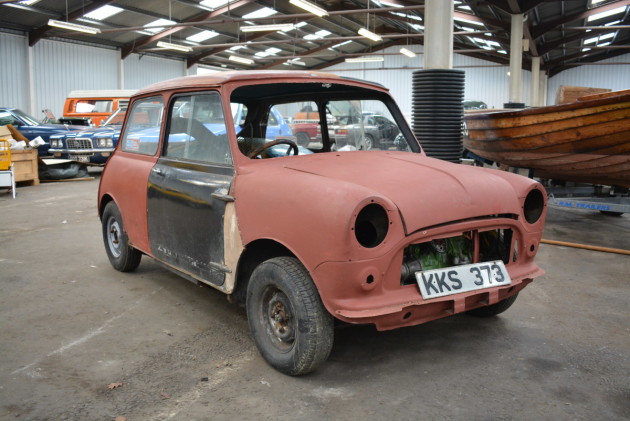 This year marks the 60th anniversary of the amazing Mini, the Issigonis masterpiece that made its debut in August 1959.

Originally branded either the Austin Se7en or Morris Mini Minor (depending on which BMC plant they emerged from), it wasn’t until 1961 that they became marketed under the universal Mini banner, although buyers could still choose an Austin or Morris variant.

They were a motoring sensation and as with all iconic motorcars, be they Land Rovers, Beetles or indeed Minis, it is the very early cars which are the most sought after.

According to the Heritage Certificate, this Morris Mini Minor was made at Cowley between the 18th and 21st September 1959 and therefore fits the bill admirably, although as you can see, requires a little more than a machine polish and an oil change.

It comes supplied with (but not fitted) two engines, a 1,098cc engine resting in situ and an appropriate 848cc engine and gearbox in the back of the car. The front seat mounts are bolt on rather than welded in place which is an indicator of an early shell and there are a set of period seats supplied for restoration. The car is also stacked full of parts to help complete the job.

Sold with a current V5C and Heritage Certificate, it looks like a well worthwhile project for those dark winter nights.