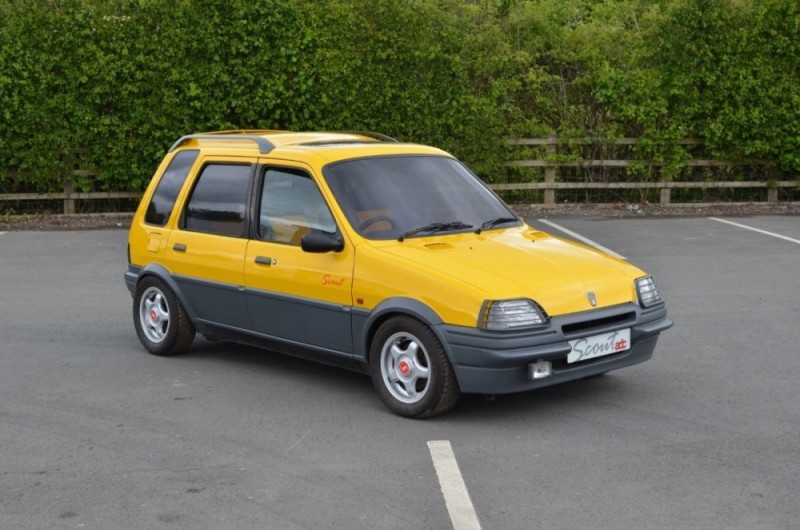 The Rover Scout was created in 1991 when Automotive Development Consultants (ADC), based in Dunstable, decided to develop six Metro-based multi-purpose, mini-utility ‘lifestyle’ vehicles, to fulfil the needs of outdoor professionals. ADC worked with several firms at that time, as independent design consultants in the initial stages of vehicle development and had previously been involved with Rover with the MGF programme.

According to Jim Ragless, a former manager at ADC: "The Scout was conceived and built by ADC as a showcase of our concept, design and build capabilities for the Automotive Engineering show at the NEC. The idea was a possible evolution of the Metro range with more space, more utility and easier entry-exit to the back seats."

A standard Rover Metro was modified with a taller roof, a higher rear hatch and taller side windows, amongst other details. But as Jim Ragless explained; “Rover was interested enough in what we were thinking about to provide the donor car, but not enough to pursue the project”. Rover at that time had their own crossover off-roader which would eventually be launched as the Freelander. As a result, the ADC Scout was soon forgotten.

This Scout was registered in 1990 and given by the Rover Group to ADC of Luton to redesign the roof and rear door. ADC went into receivership and the car was then bought at a liquidator's sale, we assume by Stondon Museum where is resided until 2015. It shows just 1,300 miles on the clock and has since remained in a private collection.  Buyers must be aware, this is NOT a road legal car and is a prototype and therefore caution must be sought before attemtping to run or drive it on private property. It is also worth noting that, although all windows are shown in the photogrpahs, unfortunately one small rear window has been lost in transit (see last photo recently added to the website).