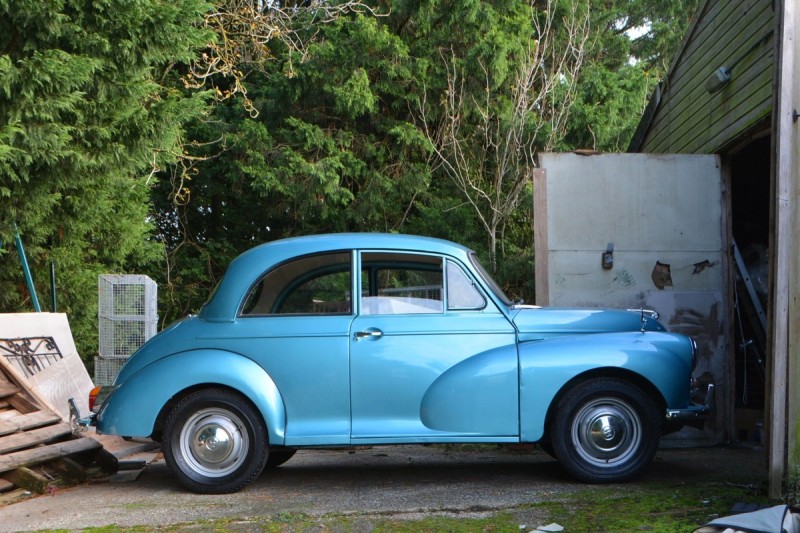 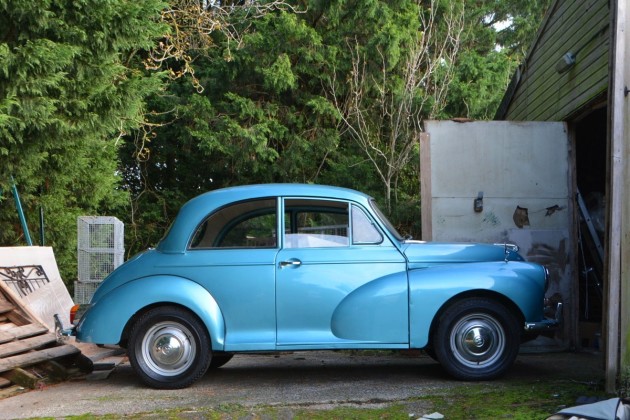 Only the stoniest heart could fail to look fondly on the dear old Morris Minor. As familiar a part of the British streetscape as the red telephone box and the Walls ice cream van, it instantly evokes the good old days when everyone left their back doors open and the local bobby did his rounds on a bicycle without a taser or a stab-proof vest in sight.

Quite apart from looking good, it also drove remarkably well and we defy anyone not to get a silly grin on their face when they punt one down the lanes. It really is that good. And if anything ever goes wrong, you can probably fix it with nothing more than a hammer and a pair of tights. Although granted, if today’s bobby caught you with those items about your person, you might well get tasered…

First registered in November 1969, this eye-catching Moggie two-door has effectively had just two local owners from new. ‘Wilson’ was found in a very sorry state in 1996, languishing a mere 5 miles away in a Cradley garage having lain dormant for 15 years or more. He was bought as a 16th birthday project by our vendor’s dad so he could spend time with her, passing on his knowledge and love of restoration and introduce her to the joys of motoring.

The main restoration was completed by 1998 and included a fully rebuilt engine with new pistons etc, tyres, carpets, windscreen, new cream vinyl interior and a bare metal repaint in fetching metallic blue, popular with the teenage drivers at the time. As you can see, no expense was spared and the Moggie got the full works with plenty of invoices to prove. Original features have been kept where possible including chrome bumpers, licence plates, steering wheel and instrument panel. Subsequent improvements include electronic ignition and in 2009 a new cross member with welding and waxoyl to the underside.

Since the restoration was completed Wilson, has still only covered a paltry 1,200 miles, spending most of his time tucked up in dad’s big shed. On offer here at considerably less than the money lavished upon him to date, Wilson is now looking for a caring new owner who can continue to cherish him as much as his family has over the last 23 years.