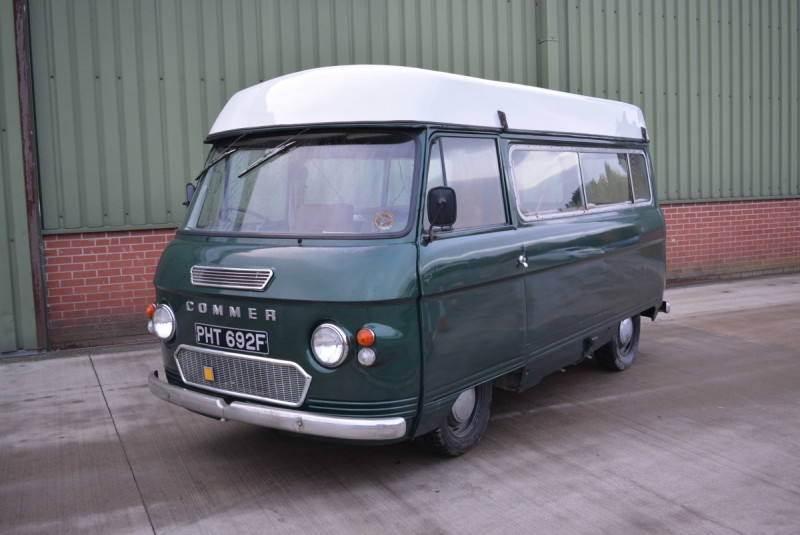 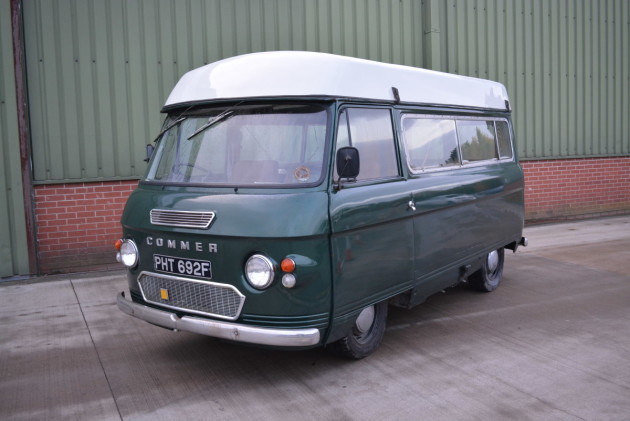 Commer were part of the Rootes group and in 1960 introduced a van, the FC, using Humber car suspension which gave it a distinctive narrow track. The 1,500cc FC was developed and updated to become the PB in 1967, receiving the more powerful 1,725cc Rootes engine in 1968.

Never as popular as Ford’s Transit, the Commer found favour with the General Post Office telephones division (fore-runner of BT) and less public favour as television detector vans; they were also converted into camper vans by Autosleeper, Holdworth et al.

It is not known who undertook the conversion of this camper in period, but it was a professional job and has the usual facilities and a pop top. PHT 629F is a 1968 model fitted with the later 1,725cc engine and three-speed autobox. Considering the aerodynamics, avoirdupois and automatic box it is no mystery why the dear lady is known as Patience.

Following a fairly unhappy appearance at the MOT station in December 2018, Patience had considerable attention paid to her braking system, suspension mountings, exhaust and electrics. She is a much happier lady now (MOT to January 2020 – no advisories) but her owner has decided to part company with her (whether that is through Prudence, or a lack of Faith, Hope, or Fortitude we cannot say, but we will be charitable and not consider intemperance as the cause!).

Patience has a certain refined charm and has had (without being rude) quite a bit of work carried out over the past year to get her into shape. However, (ditto) there is still room for improvement, particularly in the soft furnishings department, but it is mostly cosmetic and Patience’s new owner can look forward to happy days on the road and in the campsites within the coming year.