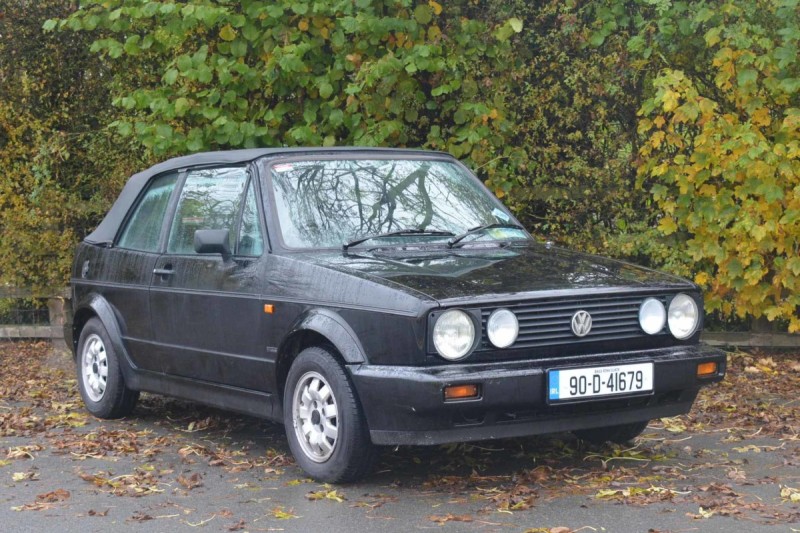 A true design classic, the 1974 VW Golf revolutionised the small car market, establishing the reputation upon which VW have traded to this day – well, until that unfortunate Dieselgate business, anyway…

Crisp, glassy and clean, it oozed a good taste and intelligence that made the Habitat generation go weak at the knees. As with its Beetle predecessor, VW engaged Karmann to produce a soft-top version, a job which they did with their usual Teutonic eye for detail, the Golf Cabriolet being structurally stiff, consistently waterproof as well as attractive on the eye.

When the MkII version came out in 1984, the hatchback Golf rather lost its chiselled good looks but the Karmann-built Cabriolet continued to be produced using the MkI bodyshell to keep development costs to a minimum. By 1988 VW decided that it really was time for some cosmetic surgery, so the drop-top gained smooth body-coloured bumpers, side-skirts, flared arches and twin headlamps which kept it at the top of every Yuppie’s shopping list.

This 1991 Cabriolet has the desirable 1.8 engine mated to town-friendly automatic transmission and wears its 95,800 miles remarkably lightly with an exceptionally tidy checkcloth interior and smart bodywork following a recent repaint. The hood is also in excellent condition and still fits as snugly as its makers intended. We are told that it is also mechanically good and that it starts, runs and drives exactly as it should.

Brought over to us from Southern Ireland, documentation includes an Irish logbook and a NOVA reference which should make getting it registered here straightforward using the usual DVLA channels.