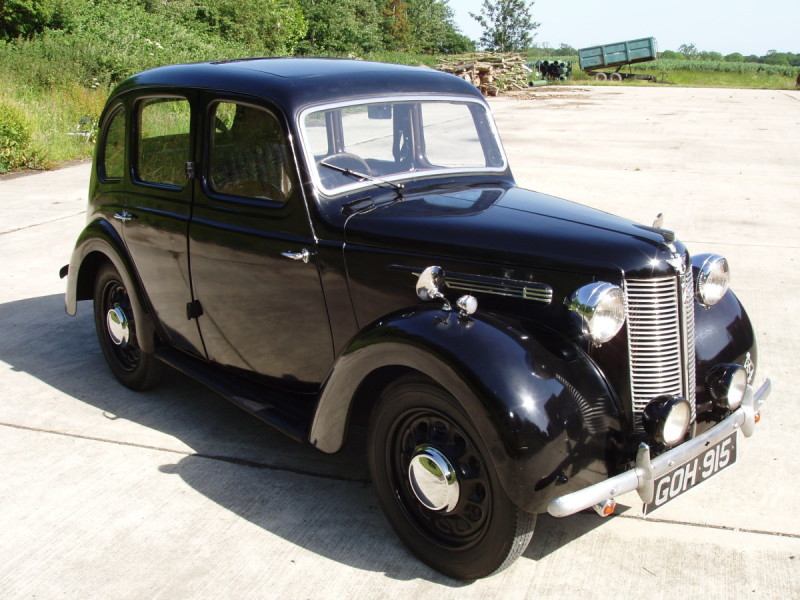 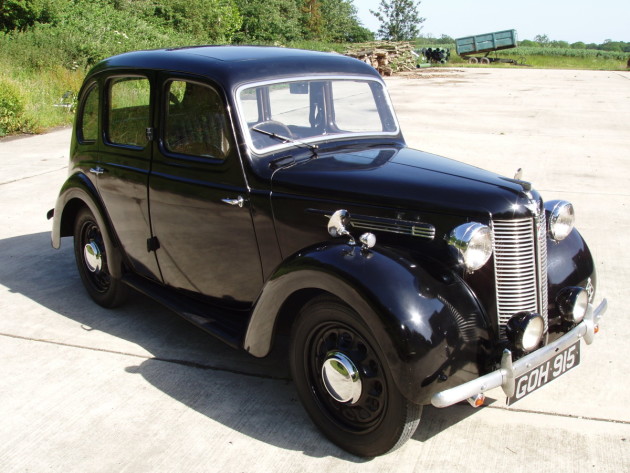 How much of this 1946 Austin 8 saloon is original we don’t know (most of it, we suspect), but we do know that it has an air of honest respectability coupled with a dash of dependability that give it more than enough appeal to overcome its rather pedestrian styling. Still, looks aren’t everything, as our wives are wont to remind us.

In truth, GOH 915 is a solid down-to-earth survivor: the paintwork has been touched-up in places but is mostly original, the headlining has had recent professional attention, the interior in general is worn in without being worn out and the whole car exudes a typically British take-it-or-leave it sort of charm.

The car has a steel sunroof (an original item), a pair of period spot-lamps and recently fitted flashing indicators. In 2018 it had new leaf springs all round and electronic ignition fitted. It has obviously been cared for.

The Austin has had only four owners in its 74 years and comes with a buff logbook extension, a collection of old tax discs (remember those?) and maintenance bills from 1982. It had its last MOT in 2013 when it passed with no advisories and has around 1,400 miles since. The car also comes with 14 old MOTs, a period service manual, other technical literature and various magazine articles and cuttings.

This Austin is absolutely typical of early post-War British motoring. What it lacks in style it makes up for in dependability and ease of maintenance. It’s an ideal car for anyone looking for a no-nonsense happy family classic or something to bumble around in between classic car shows and country pubs: a nice old thing.